Dr. Bryant Wood describes some of the work from the second week of the 2009 season at Khirbet el-Maqatir...

Significant discoveries continued to be made during the second and final week of the ABR excavation at Kh. el-Maqatir, June 1-5, 2009. During the first week ABR Board President Gary Byers cleared the gate entry way and found considerable evidence for an intense fire, evidenced by the limestone bedrock turning red. Oral Collins of the Berkshire Institute for Christian Studies continued the excavation of a section of the western wall of the fortress discovered in 2000. The wall at this point proved to be 3.3 meters wide and is preserved to a height of 1.2 meters. Just inside the gateway of the fortress ABR Director of Research Bryant Wood uncovered a portion of a building, perhaps an administrative center. In the northeast corner of the 6 x 6 meter excavation square a deposit of four vessels from the time of Joshua were found: a storage jar, a small cooking pot, a trumpet-base bowl and a dipper juglet. The four restorable vessels will provide important evidence for dating the fortress.

All Photos by ABR photographer Mike Luddeni except where indicated otherwise. 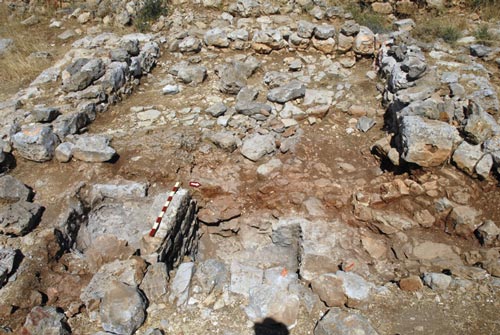 The gate entryway at Kh. el-Maqatir showing reddened limestone bedrock caused by intense heat, possibly from the fire set by the Israelites recorded in Joshua 8:28. The west chamber of the gate can be seen in the background. 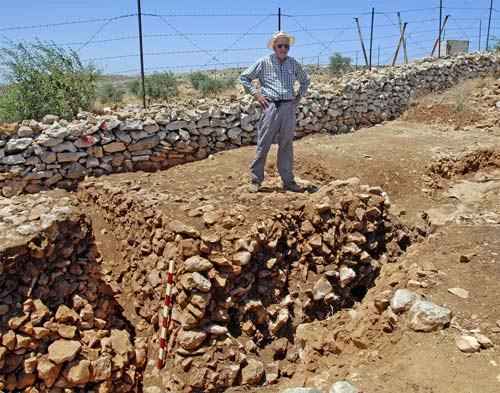 Square supervisor Oral Collins atop the western wall of the Kh. el-Maqatir fortress, where it is preserved to a height of 1.2 meters. 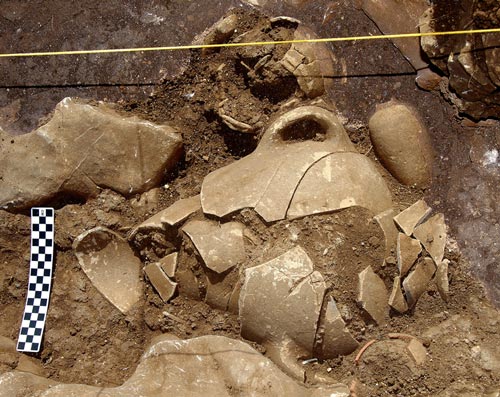 Deposit of restorable pottery from the time of Joshua found in a building just inside the fortress gate at Kh. el-Maqatir. 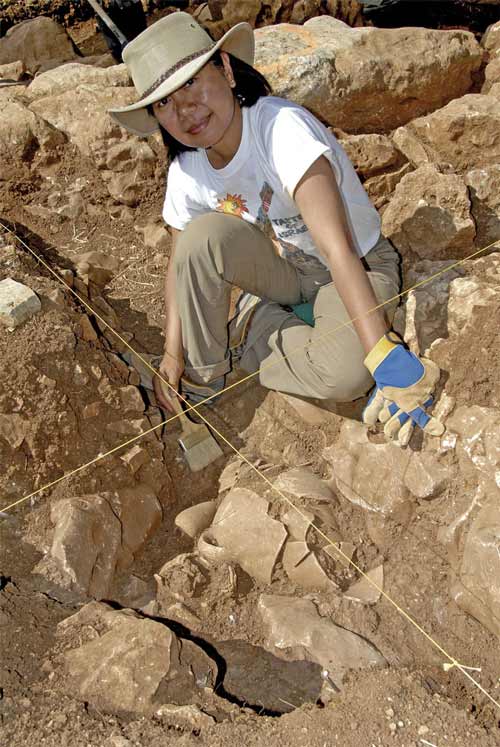 Volunteer Jacqueline Maestrado of Vancouver shows off the pottery she excavated in the northeast corner of Dr. Wood's square. 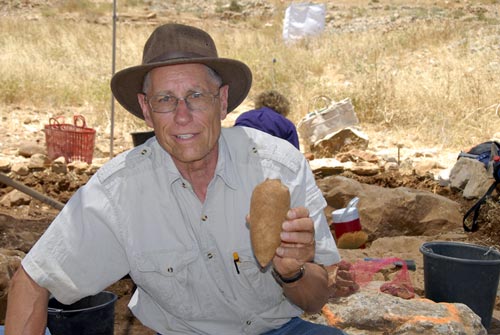 Square supervisor and Excavation Director Dr. Bryant Wood holds a dipper juglet from the deposit of pottery found in his square in the second week of ABR's excavation at Kh. el-Maqatir. 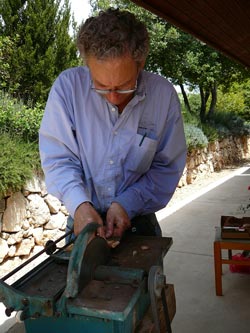