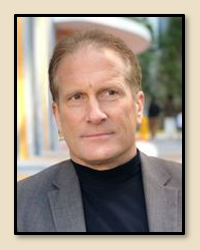 Brian's initial excavation experience came in 1997 when he traveled to Israel to join ABR in the excavations of Khirbet el Maqatir. He excavated at Khirbet el Maqatir through the 2000 excavation season. His academic interest was sparked by an intensive course offered by Lancaster Bible College and taught by Dr. Bryant Wood on New Testament Archaeology and the Dead Sea Scrolls. That led him to seek an archaeology program to take up graduate studies. He took a two-year leave from his employer to pursue an M.A. in Old Testament Archaeology and Near Eastern Studies at Wheaton College, which involved a semester of study at Jerusalem University College in the old city and participation in excavations at Tel Rehov under the direction of Ami Mazar. Brian was given the opportunity to continue his studies further, this time at the University of Toronto for a Ph.D. Beginning in 2004 and continuing to the present, he has been a member of the excavation team at Tell Tayinat, a Bronze and Iron Age site near modern Antakya (Antioch), Turkey. From this project he completed his dissertation on Aegean-style pottery known as Late Helladic IIIC, which is associated with the Early Iron Age kingdom of Palistin. Brian has also done excavations at Hazor and Tel Rehov in Israel, and Pisidian Antioch in central Turkey. Brian serves as a staff member of ABR and works as an airline pilot with American Airlines.