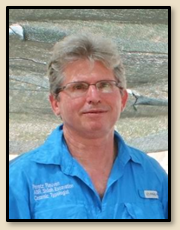 Peretz Reuven specializes in Small Finds and Late Period Ceramics. Peretz has served on Eilat Mazar’s staff in the City of David and the areas south and west of the Temple Mount. He has worked as a ceramic typologist for several excavations in Israel, including Hippos/Susita, Givati (parking lot just south of the Temple Mount), and the Temple Mount Salvage Operation. Peretz is an expert in small finds and ceramics from the Roman to Islamic periods. His article on the beams from the Al Aqsa Mosque (some were probably originally used in the first and second temples) was featured in the summer 2013 edition of Biblical Archaeology Review.Peretz is responsible for preparing the pottery plates for publication from Maqatir for the Late Hellenistic, Early Roman, Byzantine, and Islamic eras. See Peretz in this video on the Temple Mount Sifting Project.