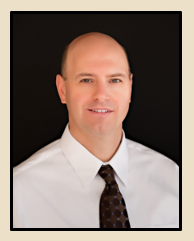 Dr. Brian Peterson worked at Khirbet el-Maqatir from 2010-2016, and presently serves as a Field Archaeologist at Shiloh. His passion is marrying the truth of the Word with historical records and archaeology. In 2003, he completed a Master of Theological Studies from Beeson Divinity School and in 2004 completed his second master’s degree, a MAOT, from Gordon-Conwell Theological Seminary. Brian graduated in 2009 with a Ph.D. in Hebrew Bible from the University of Toronto. Since then Brian has taught classes at the Gambia Theological Institute in the Gambia, West Africa as well as spending a year (2010) as an Assistant Professor of Old Testament at Prairie Bible College in Alberta, Canada. In the summer of 2011, Brian joined the faculty of Lee University in Cleveland, TN as a part of the School of Religion in the Theology Department where he presently teaches a variety of Old Testament classes and Introductory Hebrew. Brian has published several articles and essays. His dissertation has been published by Wipf and Stock in the Princeton Theological Monograph Series entitled “Ezekiel in Context: Ezekiel’s Message Understood in its Historical Setting of Covenant Curses and Ancient Near Eastern Mythological Motifs." Brian has also published two books with Fortress Press, "The Authors of the Deuteronomistic History" and, "John's Use of Ezekiel: Understanding the Unique Perspective of the Fourth Gospel." He has also written What Was the Sin of Sodom? and Voice, Word, and Spirit: A Pentecostal Survey of the Old Testament.