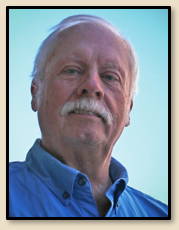 Mr. Greg Gulbrandsen is the Wet Sifting Supervisor at the Shiloh Excavations as well as the Conservation & Restoration Supervisor during the Shiloh post-dig operations. Born in Brooklyn, New York, Greg spent his freshman college year in Oslo, Norway and then finished his undergraduate degree in English Literature at Wagner College in Richmond, New York. After two years in the Navy, Greg went back to school and received his certification in engineering. Greg spent the next twenty years working as an engineer at high-tech companies including Nicolet, Wavetek, and Rockland. In 1990, Greg decided to become an educator. After getting his teaching certification and a Masters in Communication from the State University of New York, Greg taught high school for six years and then was asked to become the Director of the Media Center at SUNY New Paltz. Greg retired from SUNY in 2003 and moved to Bend, OR to be with his immediate family. Since then, Greg has become involved in Apologetics (Apologetics4You.com) and now spends most of his time writing, taking photographs, and producing videos. Greg also teaches at various congregations on the West Coast (Islam, archaeology, and apologetics). In the past, Greg participated in many Israeli digs including: the Temple Mount (Wet Sifting), Hazor, Gezer, Ir David, Khirbet Qeiyafa, Ai, and Rujm el Hiri. He also traveled and studied in Egypt, Morocco, Andalusian Spain, Turkey, Jordan and Lebanon. Greg published a number of articles including “Parables from the Arab House (Teibeh)”, “Is the Temple Mount Really Jewish”, and “Pilgrimage to the Holy Land.” His photograph of the Merneptah Stele was featured in the 2016 publication, “Pharaoh in Canaan” by the Israel Museum. Greg serves the ministry of ABR by promoting ABR at Christian conferences. He is also the photo-video drone operator for the Shiloh Excavation. He has been an ABR Associate since April, 2011.