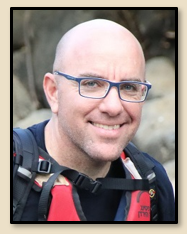 Dr. Yoav Farhi specializes in numismatics. Yoav completed his PhD in Archaeology at Hebrew University in Jerusalem and is widely recognized as one of the top numismatists in Israel; he has worked at numerous sites in Israel including Khirbet Qeiyafa, Modi’in, and Ramat Rahel. Prominent archaeologists Yoram Tsafrir, Lea Di Segni, and Eilat Mazar have all employed Yoav as a research assistant. Yoav assisted the Khirbet el-Maqatir excavation in the identification and recovery of coins and other metal objects as well as providing numismatic reports for the vast number of coins excavated at Maqatir. In 2012 Yoav, in collaboration with Catherine Lorber, published a rare Ptolemaic coin from Maqatir in the American Journal of Numismatics and has published dozens of other articles over the past decade. Yoav’s role on the professional staff is critical since coins play an important role in the dating of various archaeological strata and establishing the history of the site.