Home » Contemporary Issues » Fear of Man or Fear of God? Living a Life of Conviction over Compromise

Fear of Man or Fear of God? Living a Life of Conviction over Compromise 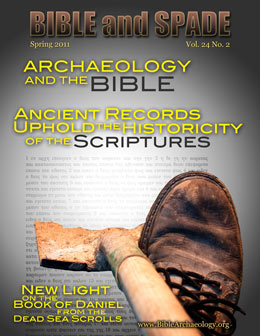 This article was first published in the Spring 2011 issue of Bible and Spade.

As soon as I saw his reaction, I knew what had happened to him! He was concerned about associating with a ministry that fully believes in the inerrancy of the Bible, and promotes its reliability and authority from the first verse of Genesis to the last verse of Revelation. But I was concerned that his current associations with compromised Christian academics were poisoning his pure devotion to Jesus Christ and to the Word of God. You see, at his 'Christian' college the professors taught him that the Earth was not created in six days (you know that doesn't fit with the compromises made in attempting to merge the Bible with Darwinian evolution); the Flood was not universal but local; Adam and Eve were not the first humans on earth; and much of the history of Israel is not historical and cannot be accepted as true. But of course, he believed in Jesus and even in the Resurrection-but for the life of me I don't know why! He had already accepted the egregious compromises of secularized 'Christian' academics for most of biblical history, so I wondered if by hanging on to Jesus it was just a fire insurance policy for his soul! The conversation was a tragedy. This young man's mind and his direction in life were ruined not by secularists and atheists, but by professing Christians. Instead of being roused to join ABR in defense of the Bible, he was left worrying about what his peers would think of him.

Why should we be surprised? Isn't that the same spiritual disease that was spread to him from his professors? They had compromised years before by rejecting the plain teaching of Scripture, exchanging for it the philosophies of men. Professors who had replaced Revelation with human Reason and declared that they knew better than God how the Earth was formed, how life began, and how man was to live on the Earth, and who redefined in modern terms what must have happened in the past. Would Jesus have understood that the Earth was created in six literal days? Of course! Did the Apostles and the Church Fathers understand it that way? Yes, they did! Can you imagine Jesus Christ denying that Adam and Eve were the first man and woman created, or that wholesale sections of the Old Testament never occurred as the text indicates? Just a cursory overview of how Jesus used the OT makes His views quite clear!

The Church and its educational 'system' all too often have turned men and women AGAINST the Bible. The Church has taught them to be embarrassed by what the Bible plainly says. How many pastors simply ignore certain parts or even whole books of both the Old and New Testaments, because to teach them would make them and their congregation feel 'uncomfortable'? The Church has taught people to bow down to the secularists and the humanists and even to the atheists who hate God and all He stands for. Shame on us all for contributing to this dreadful and sinful decline! We have fallen away from Christ and the truth of His precious Word.

Then he called the crowd to him along with his disciples and said: 'Whoever wants to be my disciple must deny themselves and take up their cross and follow me. For whoever wants to save their life will lose it, but whoever loses their life for me and for the gospel will save it. What good is it for someone to gain the whole world, yet forfeit their soul? Or what can anyone give in exchange for their soul? If anyone is ashamed of me and my words in this adulterous and sinful generation, the Son of Man will be ashamed of them when he comes in his Father's glory with the holy angels.'

Jesus, the second person of the Trinity, spoke as one with the Father and the Spirit in the pages of the Old Testament, the very oracles of God (Rom 3:2). That speaking continued as Jesus taught, warned, and challenged His contemporaries, and culminated in His word of revelation to the Seven Churches in the last book of the New Testament. To be ashamed of ANY of the words of Scripture by denying or diminishing their validity, meaning, or force is an egregious sin that reveals unbelief, arrogance, and a false, human-centered autonomy (Rv 22:18). God forbid that we would be found to be ashamed of the words of our great God and Savior, Jesus Christ.

Finally, instead of worrying about what colleagues will think or about one's academic acceptability before peers, we should be far more concerned about what God thinks of us! Jesus knew that people could pretend to follow Him, but the proof of their discipleship would be shown by how they responded to His teaching-His words-and to all of the words of Scripture. To be ashamed of His words is to be ashamed of Him. Tragically, that is where many professing Christians are today.

God, grant us repentance that we might return to You and that we would believe ALL of what You have said in holy Scripture.