The Search for Joshua's Ai recently resumed on May 19, 2010. Several travelers embarked on an optional tour in the Holy Land prior to the beginning of our 2010 excavation season at Khirbet el-Maqatir.

The location of Joshua's Ai has been a matter of mystery and controversy since the beginnings of archaeological research in Palestine. Most archaeologists locate Joshua's Ai at et-Tell, .6 miles east of our site. At et-Tell there is no indication of occupation at the time of Joshua. This has led scholars to doubt the historicity of the account of the capture of Ai, and the Conquest in general. This excavation is being conducted under the direction of ABR Director of Research, Dr. Bryant Wood. Topography, fortifications, and pottery finds all suggest that Kh. el-Maqatir is a candidate for the Ai of Joshua 7-8.

To find the true site where the Biblical event took place would be a very significant and important discovery, having far-reaching implications for a correct understanding of the early history of Israel. Excavations at Khirbet el-Maqatir began in 1995. Thus far, the city gate and wall system have been revealed. In 2010, we hope to continue to excavate these features as we uncover the plan of this 15th century BC Canaanite fortress.

ABR excavated at Khirbet el-Maqatir from 1995 to 2000. Since then, ABR returned in 2009 and this season and continued our original research and excavation work in Israel.

Enjoy these photos from our Tour in Israel!

Sunset on the Mediterranean Sea at the hotel in Netanya, where the ABR group spent their first night in Israel.

At Caesarea, at the famous hippodrome. It was here that Cornelius the Centurion received a message from an angel of the Lord, and went to Joppa to bring Peter to Caesarea (Acts 10:1-48). 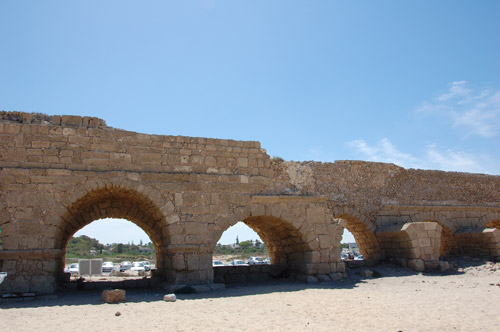 The Roman Aqueduct of Caesarea. The Aqueduct brought running water to the old city of Caesarea, along a raised aqueduct. The source of the water was the springs of Shummi, 10KM away. Herod build the aqueduct in the 1st Century BC. Later, in the 2nd Century AD, it was expanded by the Romans. 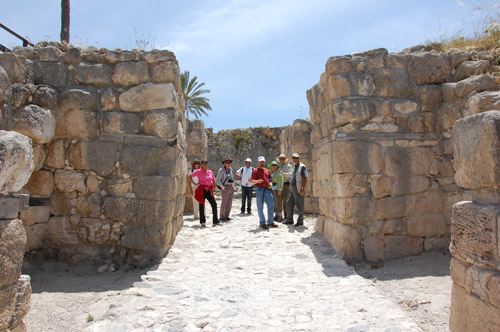 At the Canaanite gates at Megiddo. During the Israelite conquest of Canaan, Joshua defeated and killed the King of Megiddo (Joshua 12:21). 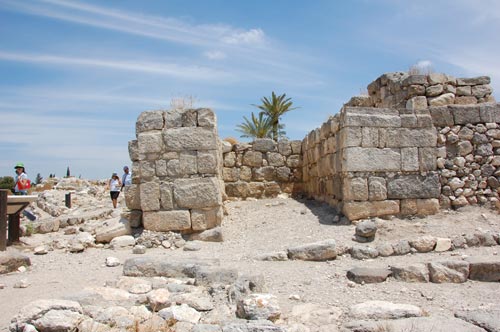 The gates built by Solomon at Megiddo. 'Here is the account of the forced labor King Solomon conscripted to build the LORD'S temple, his own palace, the supporting terraces, the wall of Jerusalem, and Hazor, Megiddo and Gezer.' (I Kings 9:25). 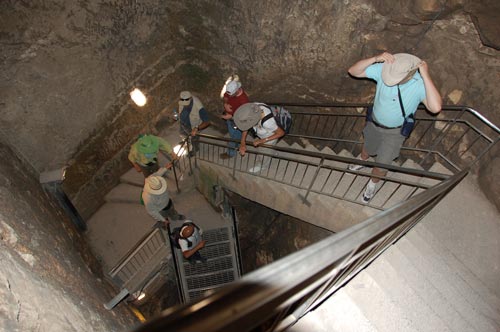 The ABR Group descends the water shaft system at Megiddo. This system was created to allow the city direct access to the spring and remain within the safety of its fortified walls. 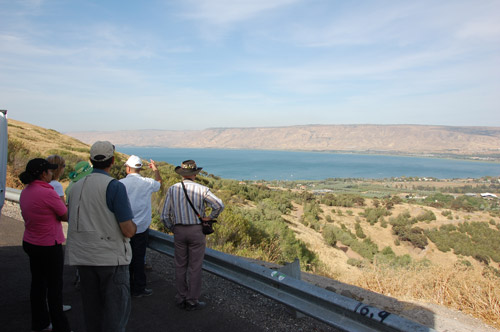 The ABR Group overlooking the Sea of Galilee.