Mummy Cache Found in the Valley of the Kings 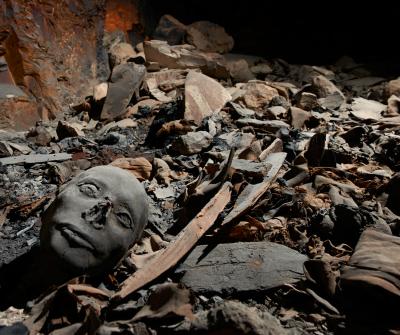 Remains of about 50 mummies, including newborn babies, thought to belong to the 18th Pharaonic dynasty were found in a huge tomb in Egypt's Valley of the Kings in Luxor.

Based on inscriptions on storage jars, Egyptologists were able to identify and name over 30 people during this year's field season. Titles such as 'Prince' and 'Princess' distinguish the buried as members of the families of the two pharaohs Thutmosis IV and Amenhotep III who are also buried in the Valley of Kings. Both pharaohs belonged to the 18th dynasty (New Kingdom) and ruled in the 14th century BC.