The Ash Heap of History

Apologetic ministries like ABR must work hard to demonstrate that unbiblical theories about the Bible need to be refuted and placed on the ash heap of history. 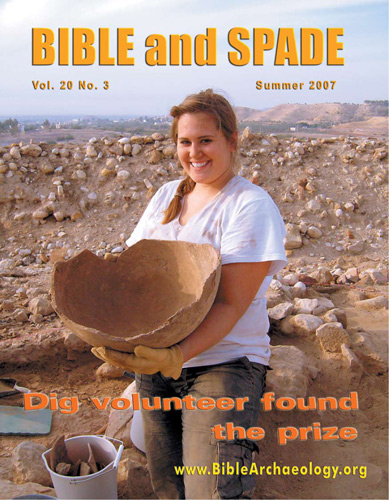 This article was first published in the Summer 2007 issue of Bible and Spade.

Over the centuries, the church has seen countless attempts to undermine Biblical doctrines and the events of redemptive history recorded in Scripture. The apostle John dealt directly with Gnosticism in the late first century AD. Later came Arianism and Sabellianism, heresies that undermined either the deity or humanity of Christ. Justification by faith alone in Christ faded until the coming of Martin Luther and the orthodox Reformers. Sola Scriptura, Scripture alone as the ultimate authority, regained prominence in the church during the Reformation as well.

In the 17th century, the so-called Renaissance embraced deism, merely a quick stop on the road to atheism. This 'enlightenment' actually served to darken the souls of men, instead of turning them to the light of the living God in Christ. Along came the 'enlightened' geologists as well, undermining the historicity of the Genesis Flood.2 Some in the church responded to these attempts to undermine Scripture, but many capitulated. Darwin visited the Galápagos, and once again the church caved in to the assertions of the secular world. Darwin's burial at Westminster Abbey is a fitting representation of the awful compromise of the church on the issue of origins. Wellhausen introduced the JEDP hypothesis, denying the Mosaic authorship of the Pentateuch. Many seminaries followed him as if he were the Pied Piper of Hamelin. F.C. Baur (1792-1860) and the German Tübingen school rejected most of the historicity of the New Testament.

Like most scholars of his era, William Ramsay (1851-1939) was indoctrinated in the Tübingen theories. Ramsay was a brilliant scholar, schooled in the history of the classical Greek world. He would later become a professor of Classical Art and Archaeology at Oxford University. Ramsay was no wild-eyed fundamentalist to be sure. He embarked on a 34-year historical and geographical study of Asia Minor. He describes his bias against the Bible at the onset:

I may fairly claim to have entered on this investigation with any prejudice in favor of the conclusion which I shall now attempt to justify to the reader. On the contrary, I began with a mind unfavorable to it, for ingenuity and apparent completeness of the Tübingen theory had at one time convinced me.3

…I found myself often brought in contact with the book Acts as an authority for the topography, antiquities and society of Asia Minor. It gradually borne in upon me that in various details the narrative showed marvelous truth. In fact, beginning with the fixed idea that the work was essentially a 2nd century composition, and never relying on its evidence as trustworthy for 1st century conditions, I gradually came to find it a useful ally in some obscure and difficult investigations.4

Ramsay was an unusual scholar: his bias against the Bible did not blind him to the facts that confronted him. As his long work unfolded, Ramsay moved from a skeptical position to this one:

Luke is a historian of the first rank; not merely are his statements of fact trustworthy; he is possessed of the true historic sense…in short, this author should be placed along with the very greatest of historians.5

Eerily reminiscent of the attitude of many scientists and scholars today, the Germans scoffed with offense that their 'infallible' opinions were actually being challenged. Ramsay effectively characterized the situation:

I do not follow the prevailing theory of German criticism of the New Testament. It is wrong because it is narrow, and because it judges from erroneous premises and unjustifiable prejudices; and one welcomes any signs of a return to a saner and better informed judgment. Many very learned scholars have been blind to the grandeur of the thought in the New Testament; and the cosmic ideas which inform it throughout have generally passed over their heads.6

The Tübingen school has been completely discredited, but many other untenable theories continue to be held with blind dogmatism. JEDP has been thoroughly debunked by archaeological discoveries, yet in places like Harvard it still clings to life. Evidence for the Israelite conquest of Canaan in the 15th century B.C. is abundant and obvious, yet scholars continue to deny the historicity of the book of Joshua. The list goes on and on.

Today, the Tübingen school has been replaced by Biblical minimalism. When the attitude of the minimalists toward Scripture is examined, we can rightly draw the same conclusion as Ramsay: It is wrong because it is narrow, and because it judges from erroneous premises and unjustifiable prejudices. Minimalism is also wrong because the evidence does not support it, as Dr. Bryant Wood has recently pointed out.7 Thirty five years of research in Bible and Spade provides ample evidence as well.

It is worth noting that once these ideas become entrenched in academia (and in the church!), it requires many years of monumental effort to demonstrate their falsity and extract them like a stubborn, decayed and rotting tooth. Despite the most overwhelming evidence to the contrary, many of these theories are still held with the most irrational and blind religious zeal by those who claim to be open-minded and irreligious!

No matter what the scholars say, the proper attitude of the church should be this: Never, ever accept the theories of finite, fallible, sinful, and fallen men over the plain and straightforward events recorded in the Scriptures, which come from the infallible, infinite, eternal, living God.

Here at ABR, we do not expect to reach the stature of one William Ramsay, who almost single-handedly took down the anti-Biblical theories of the Tübingen school. But we know that even one person or small group can make an immense difference in the defense of the Scriptures. We hope you will pray for ABR and continue to assist us in putting more unbiblical theories on the ash heap of history.1

To God be the Glory!

1. A phrase most famously used by President Ronald Reagan to predict the demise of Soviet Communism.