The Search for Joshua's Ai at Khirbet el-Maqatir, 2011: Day Two

For the first day of the dig, we were pretty pleased at how well we got things going. Today, we got into our squares in earnest. While pottery, tools, weapons, and jewelry are interesting, my favorite find in archaeology is architecture. Walls and floors make me a happy archaeologist, and today I was really feeling it!

Dr. Scott Stripling is directing the excavation of the Byzantine monastery, and today they began excavating the church's single apse. We would show you a photo, but Scott told dig photographer Mike Luddeni that he didn't want to publish photos until they are finished. Maybe tomorrow we can show you something.

Dr. Brian Peterson, who is continuing to excavate his square from last year, is the wall guy. He keeps finding new walls and clarifying things about the old ones. It looks like he has walls from both the LB I Ai-of-Joshua fortress as well as the later Hasmonean fortress. One of Brian's walls has now been clarified as continuing into Dr. Gene Merrill's (Dallas Seminary) square, which also corners with another wall he identified today.

In the midst of the Hasmonean fortress, the team supervised by Joel Kramer and Titus Kennedy excavated a square sitting right in the middle of a room with walls on all four sides. In the middle of the room is the stone-carved entrance into a water cistern about 15 feet deep. Joel went down into it today and found the skeletons of four dead animals, each animal apparently having fallen into the cistern opening. We will measure and photograph it later this week.

Jim Luther's square and my square continued to work on both sides of the same wall situated in the midst of the ancient fortress. Suzanne Lattimer's square still doesn't have even a single wall exposed yet—I assume it must be because she used to make fun of me when I couldn't find the continuation of the ancient city wall back in the '90s.

All is well here and we are all doing fine. Thanks for your continued prayers. 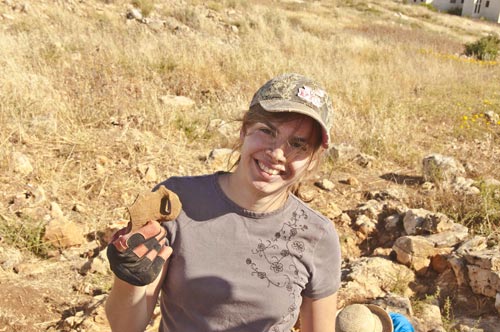 Abigail Leavitt shows off pottery with a well-preserved handle. It should be easy to identify the dating of this object. 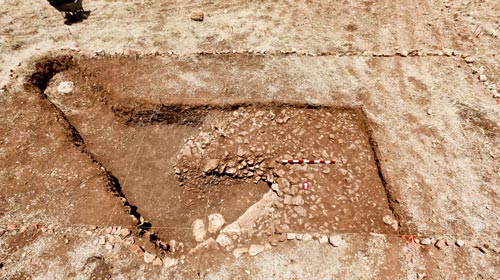 Square G17 and G18, continuing from last year's work, where there is good evidence for the fortress wall. 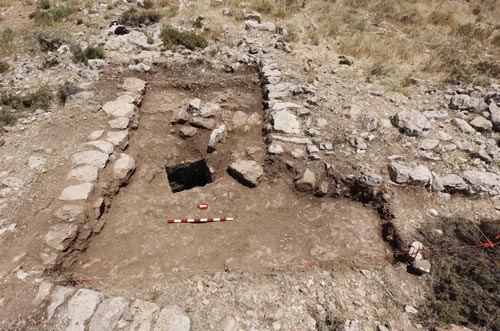 Joel Kramer and Titus Kennedy's square, where the cistern was discovered. 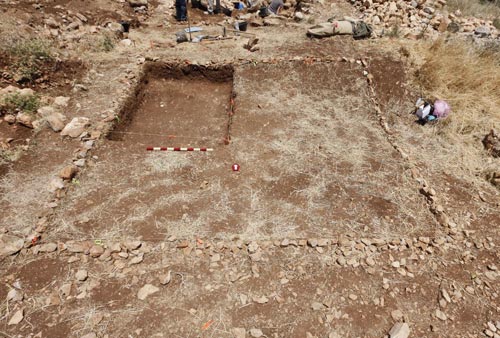 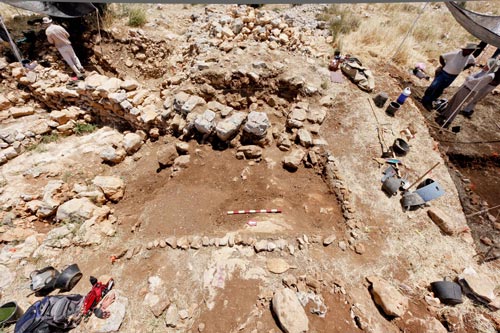