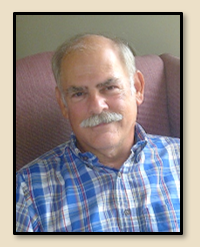 Rick Lanser earned a BS degree in medical technology in 1976 from Penn State. After subsequently working for two years in microbiology at the Hospital of the University of Pennsylvania, he left to attend Biblical Theological Seminary in Hatfield, PA. Six years and three children later, he earned an MDiv degree, graduating with honors in 1986. Having lost his hearing from spinal meningitis at age seven, after graduation he did not sense a call to a pastoral position, so he used his training primarily as a Sunday school teacher and board member of a ministry to the deaf while working secular jobs. In 1995 the Lord directed him to the ABR ministry, when he joined the staff to assist with desktop publishing needs. As the ministry has grown he has taken on different tasks, initially working on website and newsletter development, and later serving as Executive Editor of Bible and Spade magazine. He presently serves as a proofreader and writer for the magazine and ABR Newsletter. Always intensely interested in the Old Testament, his original research focus was on the first eleven chapters of the book of Genesis, particularly the ongoing search for Noah's Ark. While these remain an area of great interest, more recently the Lord has directed him into a wide-ranging study of biblical chronology centered on the prophecy of the Seventy Weeks in Daniel 9:24-27, "The Daniel Project." Rick and his wife Jeanne make their home in Elverson, PA.