Home » About » Founder's Corner » Jesus Christ on The Inerrancy of Scripture 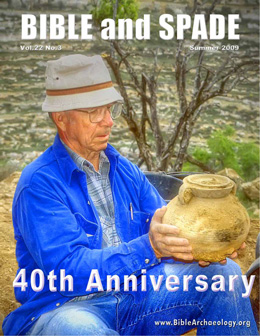 Dr. David Livingston has devoted his life to teaching the Word of God and upholding and defending the Bible. He has been an inspiration to laymen and scholars alike and to all those who love the Bible, the Word of the living God.

As the founder and director of ABR, David was led of God to establish a ministry that would demonstrate the reliability of the Bible and provide an umbrella organization under which likeminded scholars could serve. His passion was fueled by the distortions of critics who declared that whole portions of Old Testament narratives were unhistorical.

In 1979, David began his excavations at Khirbet Nisya in search of the lost city of Ai. The city of Ai was one of the Conquest cities spoken of in the book of Joshua, as the Lord led Israel to conquer the land He had given them. The dig at Nisya would last 24 years, during which time David would earn his Ph.D. from Andrews University in 1989. Foundational to his work at Ai was his breakthrough research properly establishing that the city of Bethel is located at el-Bireh and not at Beitin. This correction to the work of W.F. Albright clearly fit the biblical data more precisely, and opened the door to the correct identification of the city of Ai...