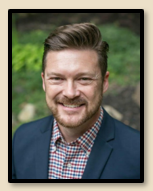 Ted Wright currently serves as the founder and Executive Director of EpicArchaeology.org. He has a B.A. in Anthropology & Archaeology from the Cobb Institute of Archaeology at Mississippi State University, and a M.A. degree in Christian apologetics with a concentration in philosophy from Southern Evangelical Seminary, where he served as a graduate research assistant to Dr. Norman Geisler. For over a decade, Ted has been a speaker on Christian apologetics as well as Biblical Archaeology across North America & internationally. In addition to public speaking, Ted was the former Executive and Teaching Director of CrossExamined.org, the apologetics ministry of Frank Turek. Ted has also appeared on numerous television and radio programs including the History Channel’s TV miniseries – “Mankind: The Story of All of Us” (2012), “Mankind Decoded” (2013), and CNN’s miniseries on the historical Jesus, titled, “Finding Jesus: Faith. Fact. Forgery” (2015). He has also appeared on ABR’s TV program “Digging for Truth.”

Ted has also served as adjunct professor of apologetics at Southern Evangelical Seminary, and Charlotte Christian College & Theological Seminary, where he has taught for over a decade. As an undergraduate at MSU, Ted worked as a research lab assistant on Phase III (1992-1999) of the Lahav Research Project from Tel Halif, organized by Dr. Joe D. Seger of the Cobb Institute and assisted by the W. F. Albright Institute in Jerusalem. Ted also participated in the 2014 excavation at Khirbet el-Maqatir (Biblical site of Ai) with ABR as assistant square supervisor. He is currently working as field assistant, photographer, and videographer for the “Agri Regional Archaeological Survey” in Eastern Turkey, co-sponsored by Andrews University and Istanbul University.