B&H Publishing Group recently completed a revision of the Holman Standard Christian Bible, renaming it the Christian Standard Bible (CSB). It is the first Bible translation to incorporate the research of ABR's Dr. Bryant Wood, published in 2011, in translating the various Hebrew terms that are generally rendered as 'Hittites' (previously translated as 'Hethites' in all English translations prior to the Geneva Bible, first published in 1560). 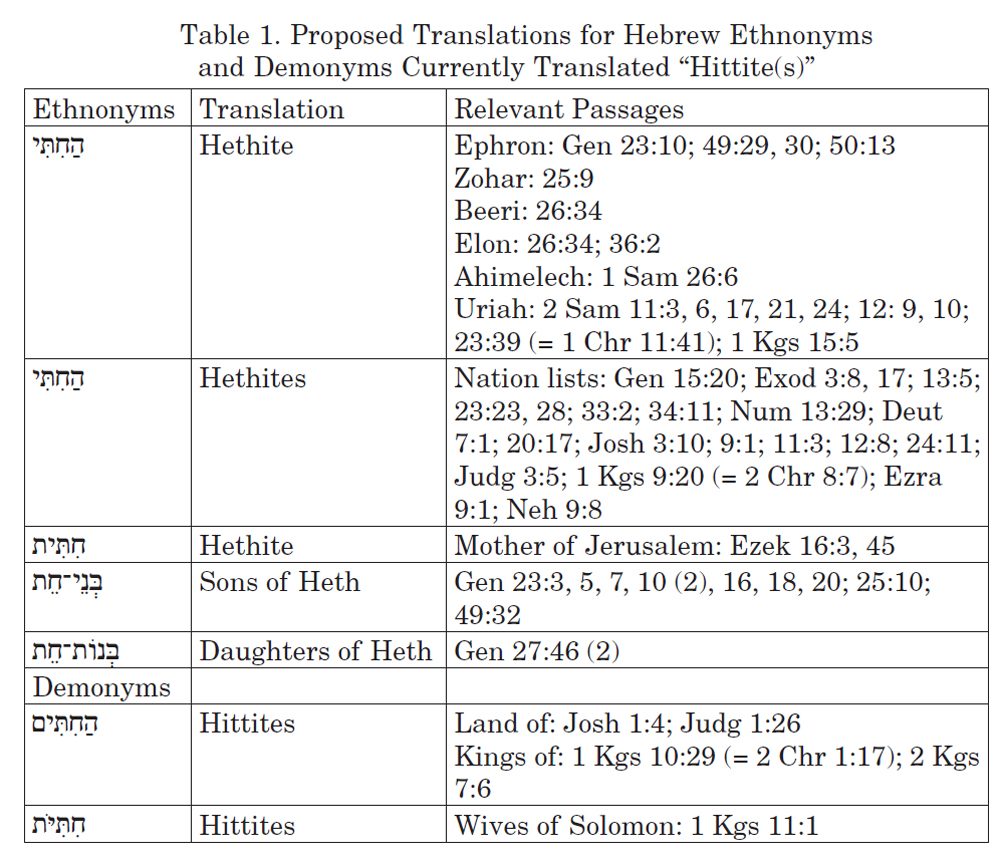 The appearance of 'Hittites' in the Bible has been a historical conundrum as there is little archaeological evidence for existence of the Indo-European people group from Anatolia, known as Hittites, residing in Canaan at the time the Bible describes. Dr. Wood's research showed that the majority of the Hebrew terms for 'Hittites' (the singular forms) should be translated 'Hethites,' the indigenous descendants of Heth, son of Canaan (Gen. 10:15), while a small number (six plural forms) refer to the Hittites of Anatolia, modern Turkey. This solution, based on linguistic and archaeological evidence, refutes the claims of critics that the references to 'Hittites' in the Bible are anachronistic or mistakes. It appears that the most famous 'Hittite' in the Bible, Uriah, the husband of Bathsheba, was actually a 'Hethite.'

Link: Hittites and Hethites A Proposed Solution to an Etymological Conundrum