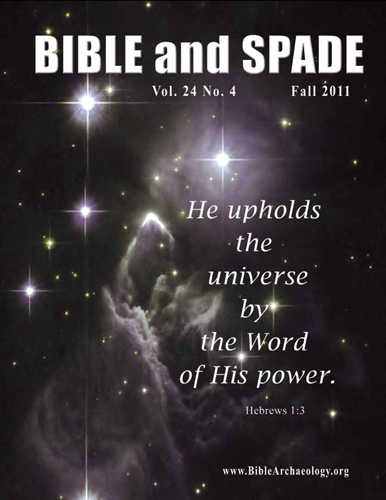 Our Christian friends at Creation Ministries International have graciously permitted us to reproduce an important analysis of a recent Pew survey that illuminates the need for a radical reorientation of priorities and strategy within western Christendom. The alarming statistics show, once again, a woeful lack of knowledge concerning the Christian faith within the Church.

ABR associate Tania Fenwick outlines the importance of the King James Bible during its 400th anniversary year, and touches upon some basic, but important, principles of New Testament textual criticism. The King James Bible has made enormous contributions to western

civilization and the church at large over the last four centuries.

Philosopher and theologian Dr. Greg Bahnsen deals with the erroneous notion that the secular scientist, given his non-Christian premises, has any rational basis to conduct his work. The triune God as revealed in the Bible is the only rational and philosophical basis for any and all human activity. All science, properly conceived, ought to be done in subordination to God's revelation, having implications for all scientific enterprises, including archaeology.

Dr. Eugene Merrill discusses the intellectual trends that have taken place in Old Testament scholarship over the past 200 years, and their effect on western culture. Part of his purpose is to highlight archaeological discoveries that have affirmed biblical accounts and have served as a refutation of critical theories of the origin and authorship of the OT. You will find this article to be most helpful in understanding some of these issues in OT scholarship and their influence on the man on the street and in the pew.