The tenth excavation season of the ABR-sponsored dig at Khirbet el-Maqatir was conducted from May 28 to June 8, 2012, under the direction of the author.1 The following report provides readers with the most up-to-date information from our excavations in Israel as we continue to uncover evidence related to the events of Joshua chapters 7-8. 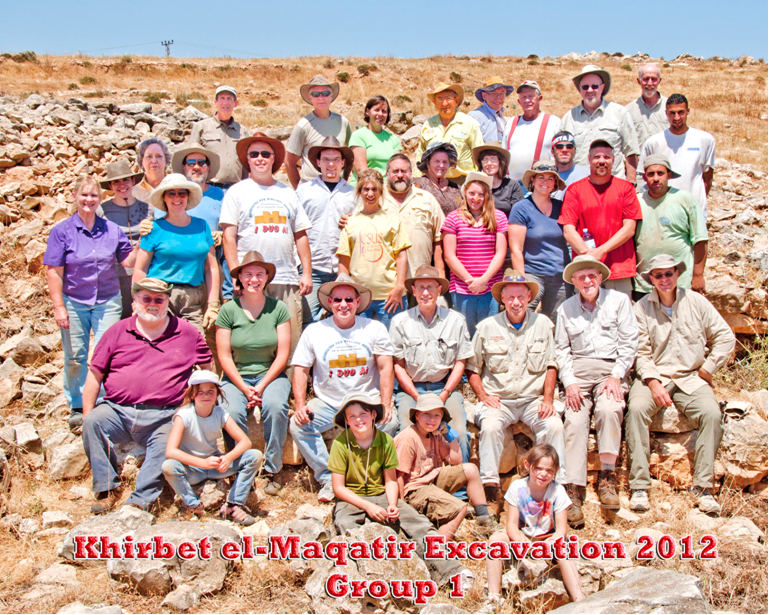 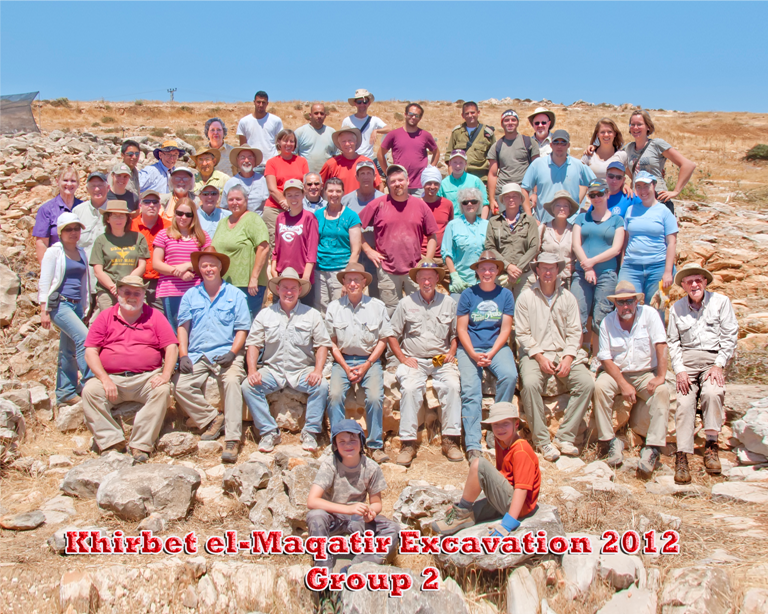 The volunteers were mainly from the U.S., but also some from Australia, Canada, Germany, and Israel participated. Eighteen squares were excavated and significant finds were made from all four occupation periods represented at the site. This was without doubt the most successful season at Kh. el-Maqatir, with the exception of the first season in 1995 when the gate of the 15th-century BC fortress was discovered.

The major focus of the dig is to elucidate the Late Bronze I fortress phase of occupation. Archaeological and geographic evidence strongly indicates that Kh. el-Maqatir should be identified as the fortress of Ai described in Joshua 7–8.2 In Squares N7, N8, N9, O8, O9, and P9 the west wall of the fortress and a later second-century BC addition were further clarified this season. Just 33 ft. (10 m) inside the western fortress wall, a 3.3 ft.- (1 m-) wide wall was traced for 36 ft. (11 m) in Squares N10 and O10. The wall was part of a major structure since it continues further north and south, but its purpose remains unclear at present. In Square N17, 56 ft. (17 m) south of the gate, calcined bedrock indicative of an intense fire was uncovered. The same evidence has been observed in other squares in the vicinity of the gate. Joshua 8:28 states: “Joshua burned Ai and made it a permanent heap of ruins.” Geologist David McQueen spent two days at the site examining the evidence for burning and collecting geologic samples from Square N17 and the gate area. The samples will be thermally tested to determine if they were heated to high temperatures in the past. Additional Late Bronze I pottery was found that had been “refired” as a result of being subjected to extremely high temperatures subsequent to the original kiln firing. Samples of both refired and normally fired pottery will be thermally tested as well. 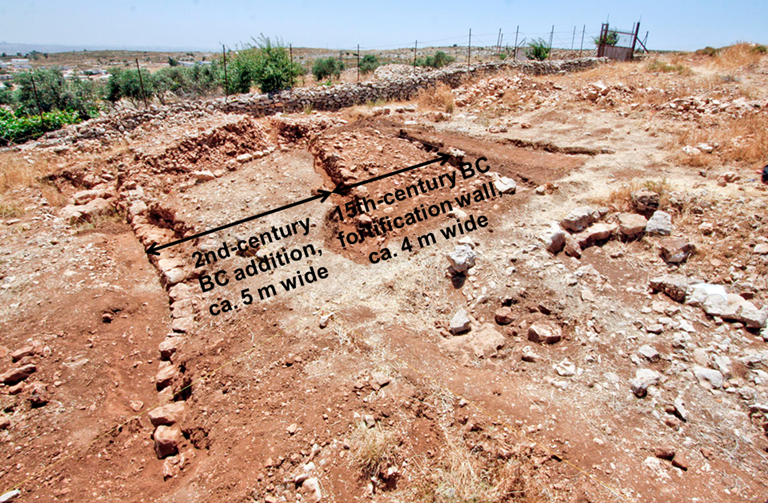 Architect Leen Ritmeyer spent three days at the site clarifying various architectural features and drawing plans of the first-century house and the Byzantine church. Leen confirmed that stones beneath the first-century house east of the gate were indeed part of the Late Bronze I fortification wall as previously suspected. The line of the wall suggests that the gate had more than two chambers. Further investigation in the gate area is planned for the 2013 season.

One of the hallmarks of the 15th-century BC fortress, in addition to a large number of storage vessels, is the presence of sling stones, the long-range artillery of antiquity. This season, 18 more were added to the growing arsenal. 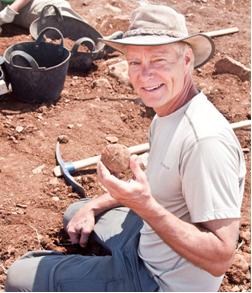 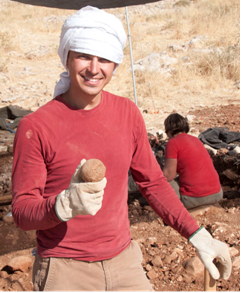 Not to be outdone, The Master’s Seminary student Andre Baranov shows off his discovery of a sling stone a few days later. Credit: Michael Luddeni.

In the 1999 and 2000 seasons, poorly built structures from the early Iron Age I period were discovered built into the Late Bronze I fortification wall on the north side of the fortress in Squares Q9, Q11, and R11. Based on the pottery found, it appears that this occupation dates to the 12th century BC. This was the time when the Israelites were first becoming sedentary and is the period of Gideon (Jgs 6–8), the migration of the Danites (Jgs 17–18), Abimelech (Jgs 9), Tola (Jgs 10:1–2), Jair (Jgs 10:3–5), and Ruth. The reason the walls were preserved in this area is that when farmers in the past encountered stones in their fields, they tossed them where the ancient walls were located since they were unable to plow in that area. Over time, the walls were covered over, thus protecting them from being robbed out of for later construction.

In 1999, a stone-built storage installation in the corner of a room in Square R11 yielded a roof roller, used to compress the mud/clay and brush that the roof was composed of, a complete jug, and fragments of two additional jugs, three cooking pots, and three pithoi (large storage vessels). This season a new square in this area, Q10, was opened, and work was continued in Square Q11. Although living surfaces were not reached, domestic architecture from the Iron Age I period was exposed, including one wall preserved to a height of 5.5 ft. (1.7 m). Significant finds in this area are anticipated in coming seasons. 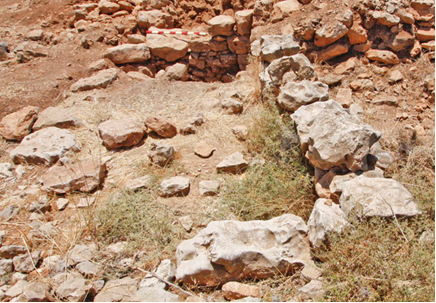 Work continued in the first-century house uncovered in 2011. It was dubbed the “first-century house” because of the discovery of two first-century coins in the house: one of Porcius Festus (year 5 of Nero, AD 58/59) and one from year 2 of the First Jewish War (AD 67/68).3 Additional first-century coins were found this season. The earliest is that of the Roman governor Ambibulus (AD 9–12) dated year 39 of Augustus (= AD 9/10). Augustus, of course, is mentioned in the New Testament as the Roman emperor who issued the census decree that caused Joseph and Mary to travel to Bethlehem where Jesus was born (Lk 2:1). Three coins from the time of Governor Valerius Gratus (AD 15–26) were recovered, dated between years 4 and 11 of Emperor Tiberius (= AD 17–24). Luke precisely dated the start of John’s ministry to “the 15th year of the reign of Tiberius Caesar—when Pontius Pilate was governor of Judea” (= AD 28/29; Luke 3:1). Next in date is a coin from the rule of the infamous Pontius Pilate from the 16th year of Tiberius (= AD 29/30), just one year after the beginning of John’s ministry and early in the ministry of Jesus. 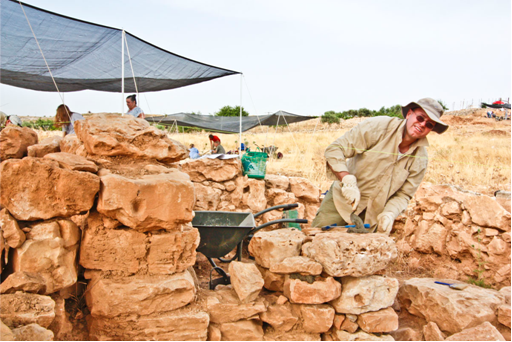 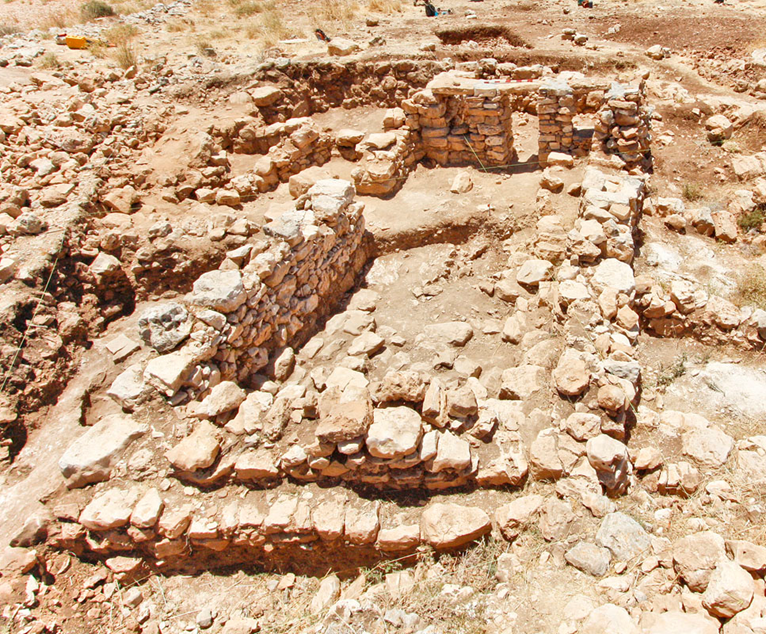 Two coins from King Herod Agrippa I’s sixth year, AD 41/42, turned up. Agrippa I, called “King Herod” in the New Testament, was grandson of Herod the Great and king of Palestine from AD 37 to 44. This was early in Paul’s ministry, prior to his first missionary journey. In addition, two coins were recovered from 12–13 years later, from the time of Governor Antonius Felix, dated to year 14 of Emperor Claudius (= AD 54). Claudius (AD 41–54) is mentioned in Acts 11:28 as the emperor at the time a prophet named Agabus foretold a great famine, and in Acts 18:2 where it is stated that Claudius evacuated all the Jews from Rome. Felix is the official who tried Paul in about AD 58 in Caesarea for desecrating the Temple (Acts 23:23–24:27). Two more coins of Porcius Festus were found this season, dating to year 5 of Nero (= AD 58/59). Although not named in the New Testament, Nero was the emperor Paul appealed to when he appeared before Festus at Caesarea (Acts 25–26). Finally, a second coin from year 2 of the First Jewish Revolt (= AD 67/68) was discovered. This is the latest in the series of first-century AD coins found at the site. Roman repression evidently resulted in the abandonment of the small settlement at Kh. el-Maqatir at about the time of the destruction of Jerusalem in AD 70. Occupation resumed in the late fourth century when the church was built. 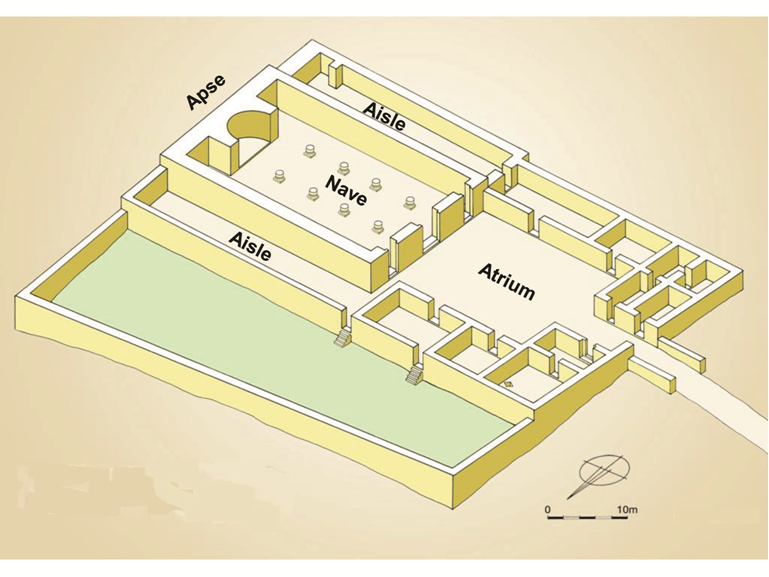 Exciting finds continued to be made in the Byzantine church. A third (north) apse was identified this season. Coins found in 2011 indicate that the church was founded in the late fourth century when churches were built with a single apse. It appears that sometime after the mid-fifth century, when triple apses came into vogue, the Kh. el-Maqatir church was rebuilt with three apses. A complete pillar and a number of architectural fragments were found as well. Leen Ritmeyer identified an enigmatic arched and plastered vault beneath the altar area at the front of the church as a reliquary, a place for keeping sacred objects. On the next to last day of excavation, a complete small radiated candlestick oil lamp was discovered lying on bedrock in the leveling fill of the church. This type of lamp was in use from the fourth to mid-sixth century. 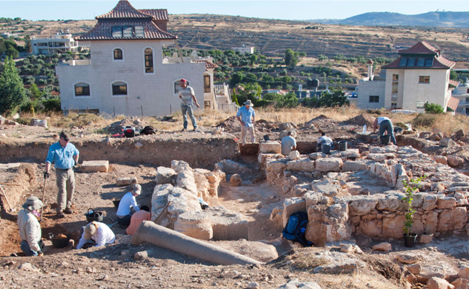 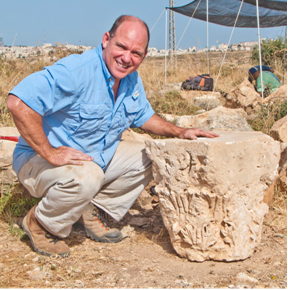