The 2015 summer dig season is now in the books! We had an amazing three weeks of discoveries, sightseeing, lectures, and Christian fellowship.

Scarabs, Inscriptions, and Coins: Maqatir Reveals More of Its Secrets

This week in particular was exciting with the number of new finds, visitors to the site, and stimulating lectures from a variety of guests. Beginning on Sunday, Bill Schlegel from the IBEX Institute here in Israel took our team on an exciting sightseeing tour of the Benjamin Plateau. As part of the continuing ABR lecture series, Dr. Craig Evans from Acadia Divinity College presented on the text tradition of the New Testament with a focus on Mark, Dr. Yoav Farhi from Hebrew University lectured on the coins of Khirbet el-Maqatir, and Dr. Steve Ortiz from Southwestern Baptist Theological Seminary gave our group an update on his work at Tel Gezer. Dr. Evans, in conjunction with Logos, visited our site on Tuesday and did an interview with Dr. Scott Stripling, our Dig Director. Later in the week, the owner of the Accordance Bible organization visited us with the intent of becoming acquainted with the work of ABR at Maqatir. 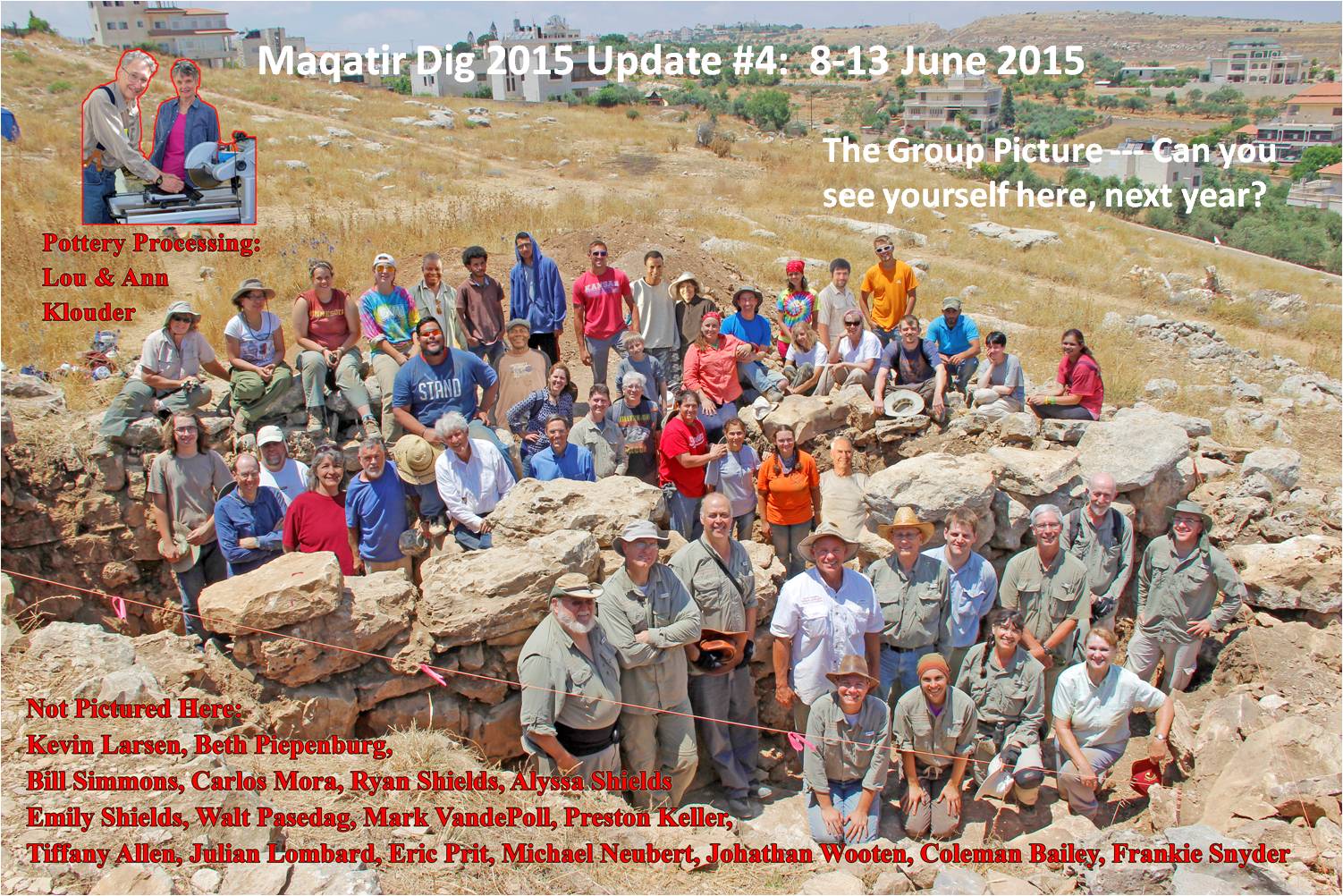 We also had a number of new diggers join us for the third week of the dig. These workers brought new vitality to our efforts. With this added help we had a successful completion to this dig season, making a number of important discoveries. This last week we unearthed more inscriptional evidence at Maqatir. Adding to our inscribed jar stands from the previous weeks (read the report from week one), we also found more ancient weights that had inscriptions. However, not to be outdone, my square was responsible for unearthing another scarab, bringing the total found at Maqatir now to three! This scarab will be read in the near future and published along with the previous two. 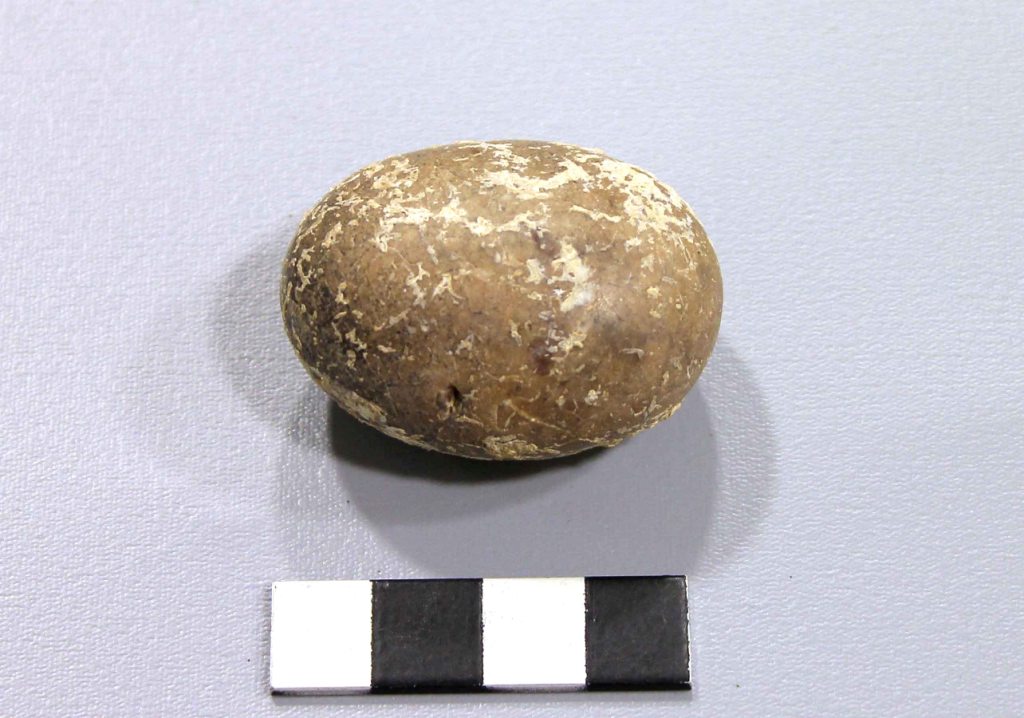 As the week progressed, squares were closed out and workers were consolidated into the remaining ones for a final push to the last day.

Dr. Boyd Seevers from Northwestern University completed his work on the Iron I and LB I phases in Square Q11. He added to our understanding of Israelite occupation in the early Iron Age at Ai, or Ephron, as it may have been called at the time, finding another room in one of the Iron Age houses and defining the LB I wall face. 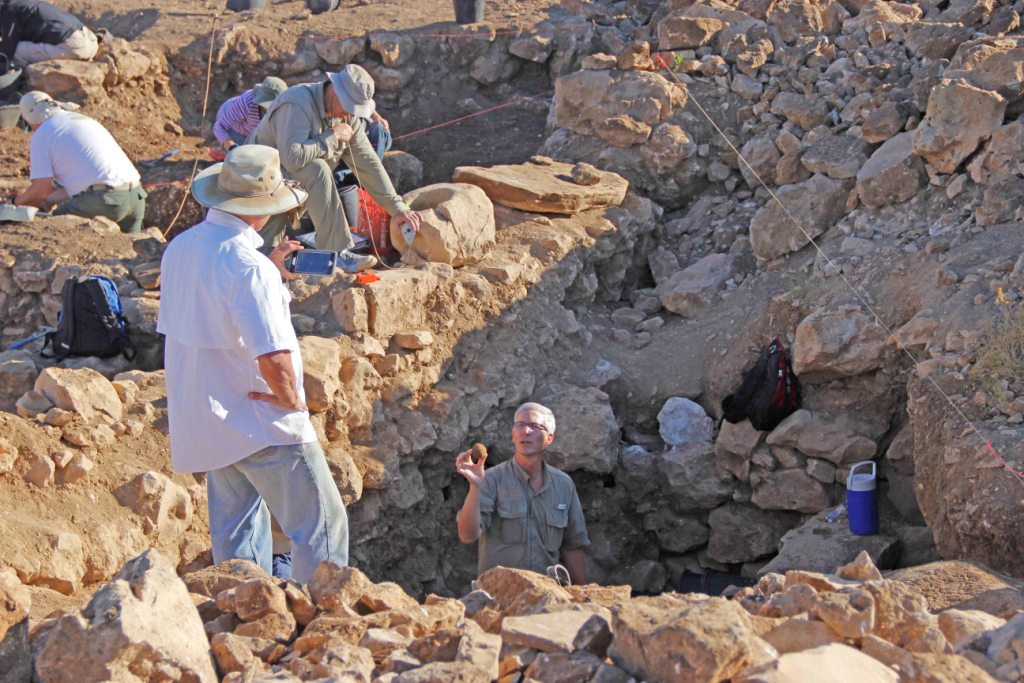 Dr. Boyd Seevers chats from "down below" with Dig Director Dr. Scott Stripling.

Steve Rudd closed out N23 and moved into another region of the site to do two probes in squares A19 and AA19 in an effort to find the eastern LB I wall. Steve also stepped in and filled the huge shoes of Mike Luddeni, serving as our dig photographer until Mike recovered from a brief illness. Thankfully, Mike was able to rejoin the team on site for our final day.

In O24, Suzanne Lattimer continued to find walls going in every direction along with "holes" in the ground. She completed excavating her silo and found two more installations in the bedrock from the LB period. It was while excavating the silo that her team found an inscribed weight and a partial piece of a semiprecious stone.

We continued the pattern of exciting final-day discoveries when Dr. Bryant Wood and his team made the amazing discovery of a destruction level near the bedrock of square C17 (see video below). He found embedded within this burned level a partial LB I bowl and a number of MB III and LB I sherds. Although the bedrock for most of the square remained elusive to Dr. Wood, this last-day discovery cemented his desire to return for yet another season of excavation. Working closely with Dr. Wood was Yale University PhD student Matt Glassman. Matt continued to trace MB III/LB I walls and served as our ANE text go-to guy. He identified Paleo-Hebrew writing on at least one weight stone denoting the assigned weight measurement.

Abigail Leavitt's workers finished their second square (Q24) and started a third (Q22)! Even though her team "chased imaginary walls," their hard work was rewarded with a unique architectural feature in the bedrock, pottery from every phase, and a nice ax-shaped cutting tool (just three inches outside of my square…drat!). Of course, I had to get out the plumb bob to make sure it was not in my square.

Dr. Mark Hassler from The Master's Seminary in California continued his work on the Roman-era gate complex and tower in Square X23. Although hoping to finish early, Mark and his workers unearthed a massive silo in the corner of one of the tower chambers. Hassler's team also unearthed a number of in situ mendable storage jars, a doorway with a socket stone, and yes, coins, coins, coins. 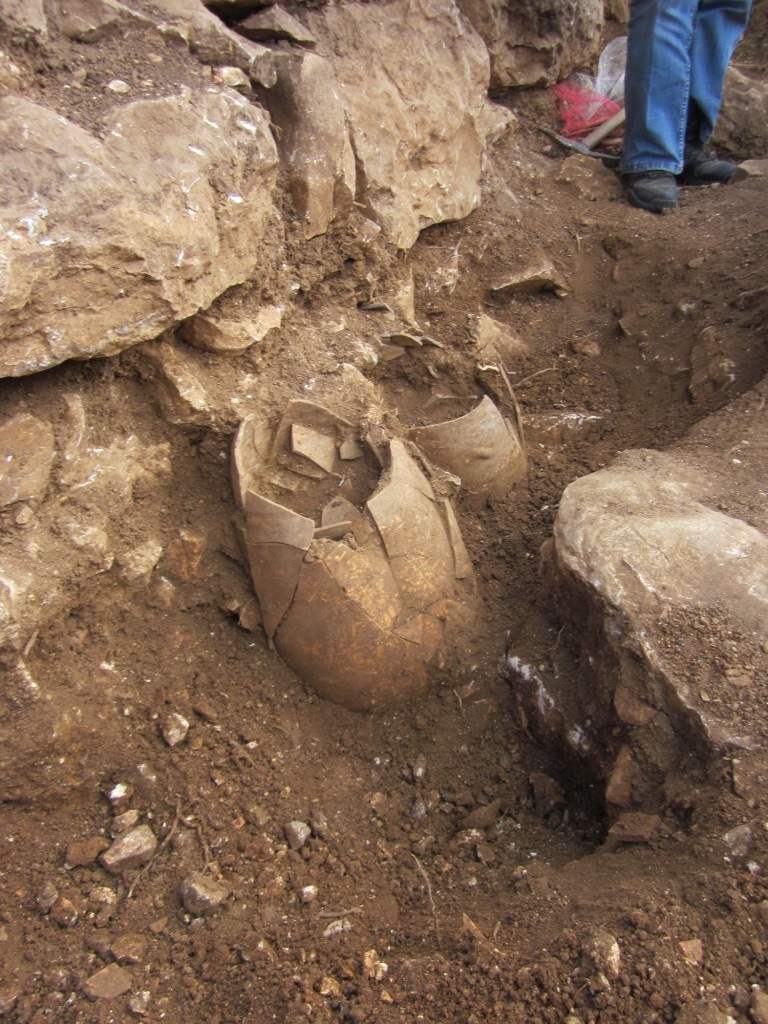 Being slightly biased, I saved the best for last. On Tuesday my team discovered Maqatir's third scarab! It just happened to occur at the same time when the film crew from Logos was on site. We were able to add this exciting discovery to their documentary of Maqatir. Although my Lee University team and Dr. Bill Simmons had to leave at the end of week two, I was blessed to have Dr. Boyd Seevers and part of his team join me in P22 on Wednesday to complete the season. My square has been dubbed the "square that keeps on giving." It is the most stratified square to date, reaching a total depth of between 4 and 5 meters! We can clearly see the occupation levels for most, if not all, of the periods of those who lived on our site.

The coin count also continued to rise at Maqatir as we added another 107 coins to our count, bringing our total for the season to 265. Leading the pack for the entire season was Mark Hassler with 78, while Suzanne Lattimer had 57, my square added 53, Abigail Leavitt's team found 51, Steve Rudd's square unearthed 13, and Dr. Wood's group had 9. Of course, the credit cannot be given so much to our own expertise in finding them in situ, but rather to the diligent work of our detectorist, Ellen Jackson.

Finally, including the growing coin count, our number of registered objects reached 616 for the season! The Maqatir dig moved back into top spot for the most pieces of ritual stoneware on one site for all of Israel, since a total of 25 pieces were added this season (10 in Suzanne's square alone)! Sling stones also are ubiquitous on our site. We added 30 more to our count, 16 of these coming out of my square over the three weeks of this season.

God truly blessed our dig this year. We had minimal sickness and injuries (falls and scrapes), we made a number of important discoveries, and our work continues to be recognized as relevant for the biblical discussion on the location of Ai and Ephraim. In closing, I would like to reiterate a few of the words from my bus devotional this past week. Please pray for God's continued blessing on the work of ABR and that God would send someone who would be willing to underwrite the work that we are doing here in Israel. I know He is able. God bless.

It is hard to believe that another great season is "in the books." Although the dig has ended, the expenses keep coming as we do scientific testing and analysis of our finds.

Please take a moment right now to send a donation to help underwrite the dig expenses. No gift is too large or too small. Together we make it happen!

Read the weekly reports from weeks one, two, and four.