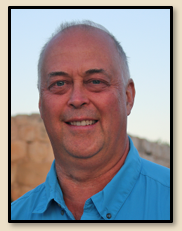 Mr. Steven Rudd is the Logisitics Coordinator at Shiloh, and served as a Square Supervisor and worked at Khirbet el-Maqatir from 2011 to 2016. Steve also served as the dig photographer at Maqatir during winter seasons. He is part of the active Noah's ark excavation team and has twice worked at the summit (2012, 2013). Past excavations include a variety of "day digs" in Jerusalem including the pool of Siloam, Hezekiah's wall, David's Palace, the Temple Mount Sifting Project, and Joshua's altar on Mt. Ebal. A native Canadian who has served as the full-time minister of the Hamilton Church of Christ for over 30 years, Steve is keen to participate first hand at digging up Bible stories as evidence that scripture is an accurate record of true world history.