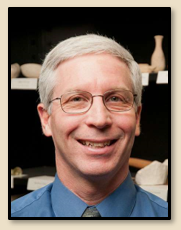 Dr. Boyd Seevers joined the Khirbet el-Maqatir team in January 2015, serving as a Square Supervisor. Boyd also supervised the Iron Age I excavations and publications, serving in that same capacity at Shiloh. He works as Professor of Old Testament Studies at the University of Northwestern—St. Paul and has authored three books including Warfare in the Old Testament: The Organization, Weapons, and Tactics of Ancient Near Eastern Armies. He has also written more than one hundred articles and chapters for numerous historical and theological books and journals. Prior to teaching he lived in Israel for eight years. Boyd serve four years on the Board of Directors of Jerusalem University College where he did a year of graduate study that included archaeological courses taught by Drs. Amihai Mazar, Gabriel Barkay, and Ronnie Reich, all distinguished Israeli archaeologists. Boyd has excavated for parts of four seasons at Bethsaida, as well as at Tiberias and Har Tuv. Degrees: B.A. in Biblical Studies, Wheaton College; Th.M. in Old Testament, Dallas Theological Seminary; Ph.D. in Old Testament, Trinity International University.