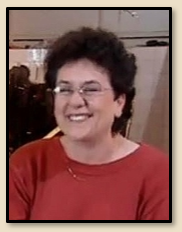 Orna Cohen is widely seen as one of the top conservationists in the world. In 1986, Orna Cohen became famous around the world for her skill in rescuing and preserving a first century fishing boat found in the shallow waters near Ginosar on the Sea of Galilee. This boat is now commonly referred to a the “Jesus Boat” or the “Galilee Boat.” Orna has worked as the conservator on dozens of excavations throughout Israel, including the past two summers at Huquq with Jodi Magness. There she has overseen the excavation and conservation of the now famous Samson mosaics in a fifth century Synagogue. Orna is also overseeing the conservation of the Late Bronze Age palace at Hazor and played a critical role in establishing the authenticity of the James Ossuary. She used state of the art technology to clean the hundreds of coins coming from Khirbet el-Maqatir, and will do the same at Shiloh.