The Board and Staff of Associates for Biblical Research are pleased to announce the opening of: 'Khirbet el-Maqatir: The History of a Biblical Site' at the Dunham Bible Museum of Houston Baptist University, January 21st through December, 2014. A full day archaeological conference and symposium will be held on February 8, 2014.

If it is indeed true that a picture is worth a thousand words, the ABR Khirbet el-Maqatir exhibit at Houston Baptist University (HBU), will be loudly proclaiming the reliability of the biblical text.

Khirbet el-Maqatir: History of a Biblical Site will be a year-long exhibit of 42 artifacts from excavations in Israel at Khirbet el-Maqatir, thought to be the site of ancient Ai from Joshua 7-8. The Civil Administration for Judea and Samaria has approved the loan of these artifacts for exhibit at the Houston Baptist University's Dunham Bible Museum from January 21-December 19, 2014. In conjunction with the exhibit, a symposium will be held on February 8th, focusing on the role of archaeology in understanding ancient history and biblical studies as well, including critical reflection on the excavations at Khirbet el-Maqatir and what light they shed on the ancient biblical world. Starting from Genesis 12-13 and moving forward in time toward Maqatir's magnificent monastery, 4,000 years of history will be on display. Special attention will be given to the Late Bronze Age fortress (the Ai of Joshua 7-8) and the Early Roman/New Testament village (perhaps Ephraim of John 11:54).

Over the millennia, the human footprint on the earth has many layers, and archaeology fascinatingly uncovers them, bringing to the surface artifacts long buried. Each artifact is a piece of the story of an earlier time and civilization. The exhibit and symposium focusing on excavations at Khirbet el-Maqatir connect us with people across two millennia who lived between 3500 and 1500 years ago, helping us understand humankind across the ages.

Topics addressed include the epic struggles during the Israelite conquest of Canaan, the Roman occupation of Judea, the Jewish revolt resulting in the destruction of Jerusalem in A.D. 70, and the establishment of the Church in the early Christian era. Archaeology's role in interpreting the Bible and Israel's early history will also be addressed.

Visitors to the exhibits and audience at the symposium will gain a renewed appreciation for the changing evidences of mankind's civilization and culture across the centuries. Their examination of archaeological and historical evidence will develop critical thinking skills. They will also better be able to assess the historicity of the Bible, the foundational text for Western civilization.

Hear Dr. Scott Stripling talk about the Khirbet el-Maqatir Exhibit at Houston Baptist University and the Symposium on February 8, 2014.

Throughout 2014, the Dunham Bible Museum will be hosting the special exhibit Khirbet el-Maqatir: History of a Biblical Site. Over 40 objects from the excavations at Khirbet el-Maqatir, thought to be the site of the biblical Ai, will be brought from Israel to HBU just for this exhibit. In conjunction with the exhibit, the Dunham Bible Museum will host an Archaeological Conference on February 8, 2014. The conference will be in the Belin Chapel of the HBU's Morris Cultural Arts Center. The Dunham Bible Museum is nearby and will be open throughout the Conference. The following are confirmed speakers and topics:

Dr. Eugene H. Merrill: Distinguished Professor of Old Testament Interpretation at Southern Baptist Theological Seminary, and the author of over 10 books. He was an Associate Editor of the New International Dictionary of Old Testament Theology and Exegesis, a translator of the New King James Version and the New Living Translation, and an editor of the Holman Christian Standard Bible. Dr. Merrill is a Square Supervisor at Khirbet el-Maqatir. 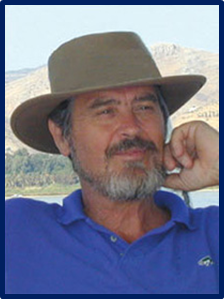 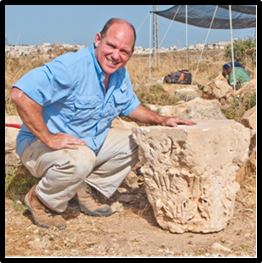 Dr. Scott Stripling: Chair of Humanities and Foreign Languages at Wharton County Junior College. He is director of the Khirbet el-Maqatir excavation, and has supervised excavations at Tall el-Hammam in Jordan and the Temple Mount Salvage Project in Jerusalem.

Dr. Bryant Wood: Director of Research with the Associates for Biblical Research, consulting editor for Bible and Spade, and ceramic typologist of the excavations at Khirbet el-Maqatir. He is author of The Sociology of Pottery in Ancient Palestine: The Ceramic Industry and the Diffusion of Ceramic Style in the Bronze and Iron Ages.

9 am - Dr. Bryant Wood, ' Khirbet el-Maqatir: A Border Fortress in the Highlands of Canaan and a Proposed New Location for the Ai of Joshua 7-8'

2:15 - Dr. Leen Ritmeyer, 'Does the Byzantine Church at Maqatir reflect the sacred architecture of the Temple in Jerusalem?

The deadline for registration is February 1, 2014.