Up to 600 people attended the Second Apologetics Conference in Bend, Oregon on February 19 and 20th. This year's speakers included such apologetic luminaries as Dr. Craig Blomberg, Daniel B. Wallace, Dr. Craig Hazen, and Michael Caba. The conference was held at Westside Church in Bend, OR. Two of the top New Testament scholars in the country, Dr. Craig Blomberg and Dr. Daniel Wallace, were the main speakers. Craig Hazen and Mike Caba covered several of the breakout sessions. The topic was the reliability of the New Testament and covered such matters as the historical reliability of the Bible, the accuracy of the manuscript copies, archaeology, science, cults and more.

Many folks stopped by the ABR table and snapped up copies of Bible and Spade, information on upcoming ABR events, and inquired about archaeological-centered apologetics.---Greg Gulbrandsen

Kudos to Greg for his service to the Kingdom of Christ and his commitment to the ABR ministry! 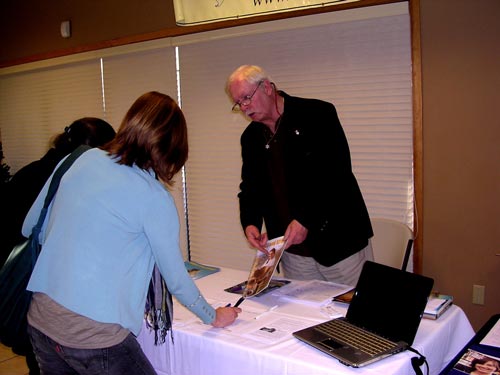 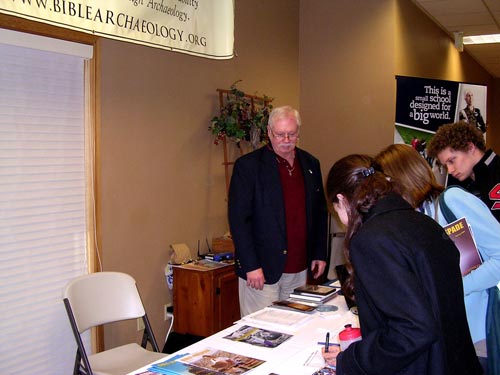