Home » Research » Search by Chronological Categories » Conquest of Canaan » Testing the Factuality of the Conquest of Ai Narrative in the Book of Joshua: Part One

The Cites are Great and Walled Up to Heaven

Author: David G. Hansen PhD
Category: Conquest of Canaan under Joshua & the Inception of the Period of the Judges 1406-1371 BC
Created: 30 January 2006 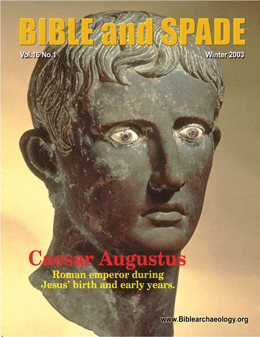 One of the most vociferously attacked historical accounts in the Bible is the Old Testament description of the Israelite Conquest of Canaan as recorded in the book of Joshua. According to many critics, the archaeological evidence does not support either the Biblical version or date of the Conquest events...

This article is an abridged version, first published in the Summer 2003 issue of Bible and Spade.

One of the most vociferously attacked historical accounts in the Bible is the Old Testament description of the Israelite Conquest of Canaan as recorded in the book of Joshua. According to many critics, the archaeological evidence does not support either the Biblical version or date of the Conquest events. Many Christian evangelical scholars seem to agree and have conceded that the Biblical account of the Conquest is less than accurate. As a result they are reinterpreting events so that they come into agreement with the supposed 'assured' results of archaeological research.

It is well known that during the past 100 years or so there has developed a sizable body of scholarship that argues the Old Testament Conquest accounts are, for the most part, an 'editorial expansion' of the original story or, even worse, outright fabrications. In tandem with these theories is another proposition that archaeological evidence is lacking for the Conquest occurring in the 15th century B.C., a date derived by a literal reading of the Bible. As a result, recent Bible commentaries and books addressing the Conquest have usually reported that the event happened in the 13th or, even later, in the 12th century B.C.

Regardless of whether a scholar subscribes to a date for the Exodus and Conquest in the 'early' 15th century, or the 'late' 13th/12th century, there is another problem. The books of Numbers, Deuteronomy and Joshua describe Canaanite cities as fortified and walled (e.g., Nu 13:28, Dt 1:28, 3:5, 28:52; Jos 2:15, 6:5, 6:20, 7:5, 8:29, etc.). In fact, the Hebrew word most often translated as 'city' in English Bibles (1099 times in the Old Testament), always refers to a permanent settlement surrounded by a wall. The Old Testament made a distinction between a fortified place and unfortified, dependent towns and/or villages.

The English word 'city' masks how the Old Testament Hebrew intended to differentiate between permanent walled cities and unfortified and unwalled settlements. For example, in Numbers 13:19 Moses gave specific instructions to the 12 Israelites who had been selected to explore Canaan prior to the Conquest. The NASB translation of this verse makes it clear that Moses wanted strategic intelligence as to which of the settlements were walled cities and which were unprotected camps. However, Moses also wanted to know which of the cities were fortified. The implication is that in addition to walled cities, Moses asked the men to determine what other type of fortifications the Israelites might encounter and he used an adjective, in conjunction with the word for city, to convey that meaning.

The 12 scouts returned and verified that Canaan had walled and fortified locations: the 'cities are fortified and very large' (Nu 13:28). On several other occasions Moses reiterated that the Israelites would find fortified cities in the land they were to occupy. For example, in Deuteronomy 1:28 Moses reminded the people of the report given by the 12 explorers. He repeated that '... the cities are large and fortified to heaven ...' (NASB). Later, as the Israelites prepared to invade Canaan, Moses warned them, 'You are crossing over the Jordan today to go in and dispossess nations greater and mightier than you, great cities fortified to heaven...' (Dt 9:1, NASB). Moses also recalled the places they had occupied east of the Jordan had been cities 'fortified with high walls, gates, and bars, besides a great many unwalled towns' (Dt 3: 3-5, NASB).

In spite of clear statements in the Bible that Canaanite cities were walled, and many locations named in Joshua are described as fortified, most archaeologists believe the excavated evidence has revealed few, or no, fortified cities in Canaan during the period of the Late Bronze Age (ca. 1480-1175 B.C.). If this interpretation of the archaeological record is correct, it means that regardless of whether one holds to the 12th/13th ('late') or 15th century ('early') B.C. Conquest scenarios, Canaanite cities were for the most part unfortified, and the Biblical descriptions are incorrect. With this as background, it is easy to understand why secular historians and some archaeologists can conclude that the Biblical description of the Conquest is flawed.

The alleged absence of archaeological evidence for fortifications at Canaanite Late Bronze I sites clearly contradicts the Bible. It has caused scholars and students, who might otherwise be disposed to accept the Biblical description of an Israelite military invasion of Canaan, to question the historicity of the entire Exodus and Conquest episode.

For some people who have ideological reasons not to accept the historicity of the Bible, it is understandable that the seeming inability of archaeologists to establish evidence for the existence of fortified Canaanite cities at the time of the Conquest can be construed as proof that the Biblical story never occurred. However, for those who want to believe the Bible and the history it represents, the possible lack of archaeological evidence for fortified cities in Canaan has caused many to question the historicity of the Conquest. Certainly, the theory that Canaanite cities have no, or little, archaeological evidence for walls and fortifications has complicated attempts by scholars to harmonize the Biblical account and the archaeological record.

In order to provide a factual basis for testing the archaeological record of fortified Canaanite cities at the time of the Conquest against Biblical history, I examined Palestinian Late Bronze Age IA/B (ca. 1480-1390 B.C.) archeological evidence. I did so to determine what Late Bronze Age I defensive architecture, if any, had actually been found by archaeologists at Palestinian sites with evidence of LB I occupation. To limit the scope of the study, I selected geographic parameters similar to those referred to in Numbers 13. In verses 21-22 and 29 of that chapter the 12 leaders scouted the land from Zin in the south, to Rehob in the north (a location near the source of the Jordan River) for 40 days. The territory encompassed the Negev, hill country, Hebron and Jebus regions. The east and west limits of their investigation were the Mediterranean coast and the banks of the Jordan.

I then examined the literature for every archaeological site that had produced evidence of Late Bronze I occupation within the previously described geographical tract. Every effort was made to consult all the relevant published excavation reports for each site. A total of 51 sites met the criteria for the study.

This study examined the proposition that during the Late Bronze I, Palestinian cities are considered to have been unwalled and/or unfortified. In accepting that proposition as truth, many archaeologists and Bible historians have argued that if the Israelites invaded Canaan in the LB I, they would not have had to contend with walled and/or fortified cities.

However, the depiction of Canaanite cities as unwalled or unfortified contradicts the Biblical picture of urban settlements at the time of the Conquest. Moses cautioned the Israelites that they would confront cities during the Conquest which were 'large and fortified to heaven' (Dt 1:28; 9:1) which is supported by the account of the 12 spies in Numbers 13. This study has found archaeological evidence establishing the fact that LB I Canaan was similar to the Biblical description with both walled and fortified cities, cultic sites, and unwalled villages. Of the 51 Palestinian archaeological sites with evidence of LB I occupation, 27 (53%) were 'fortified' with city walls and/or other fortifications.

Deeper analysis of the data revealed that 30 of the 51 sites are locations described in the Book of Joshua, and 22 of those have been positively correlated with places in Joshua. The Bible describes 14 of those 22 locations as walled or fortified and, in fact, walls and/or fortifications have been found at all 14. The Bible ascribes walls to three more sites. These three are situated on high tells and were Egyptian administrative centers in LB I; however, they could have appeared to have be cities with 'walls up to the sky' (Dt 9:1, NIV). The Bible is silent regarding walls/fortifications at the other four and, in fact, LB I walls or fortifications have not been found at those locations.

Therefore, archaeological evidence fully supports the Biblical description of Canaan as having walled and/or fortified cities at the time of the Conquest along with a number of unfortified villages and cultic locations. This study should support evangelical scholars who agree with the Biblical description of Canaan at the time of the Conquest and provide a response to theories and neo-historical accounts that seek to alter the Scriptural record.