After the Israelites defeated Jericho in the southern Jordan Valley, they then attacked the fortress of Ai in the highlands (Jos 7

This article was first published in the Summer 2009 issue of Bible and Spade.

After the Israelites defeated Jericho in the southern Jordan Valley, they then attacked the fortress of Ai in the highlands (Jos 7-8). Both of these sites have produced archaeological findings that have seemed to be in conflict with the Bible. Scholars have been quick to point out that these discrepancies lead to the conclusion that there was no Conquest as described in the book of Joshua. But is the problem with the Bible or with the interpretations of the archaeologists?

After reviewing the archaeological findings at both Jericho and Ai, I believe the problem is faulty interpretation of the archaeological evidence, not the biblical record. As I have discussed in several articles, the difficulty with Jericho is that Kathleen Kenyon was wrong in her dating of the destruction level. With regard to Ai, the dilemma arises from the fact that the site has been incorrectly located. For an in-depth review of the misguided research on the location of Ai, see my recent article in Critical Issues in Early Israelite History (2008).

Scholars had come to the conclusion, largely through the influence of W.F. Albright (1924), that Joshua's Ai should be located at et-Tell, about 9 mi (15 km) north of Jerusalem. Et-Tell, however, does not meet the biblical requirements for Ai, the most obvious disagreement being that there was no occupation at the time of the Conquest. Et-Tell cannot be Joshua's Ai for the following reasons:

1. There was no occupation at the time of the Conquest.

3. It lacks a shallow valley on the north side where Joshua and the diversionary force could have camped (Jos 8:13-14). 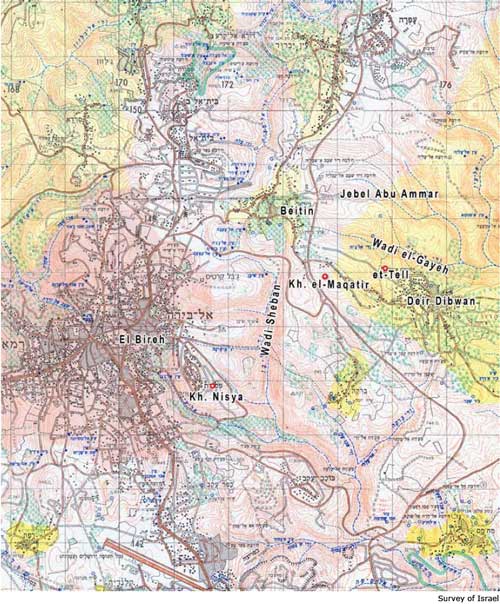 The geography of Kh. el-Maqatir, which meets the geographical requirements for Joshua's Ai: near Beth-aven (=Beitin, Jos 7:2), east of Bethel (=El Bireh, Jos 7:2), Wadi Sheban is a good candidate for the ambush site between Bethel and Ai (Jos 8:9, 12), Jebel Abu Ammar north of Kh. el-Maqatir is the highest hill in the region and could have been the command center of the main army (Jos 8:1), Wadi el-Gayeh would be the shallow valley north of Ai where Joshua spent the night (Jos 8:13-14), and Kh. el-Maqatir is near Bethel (Jos 12:9).

Subsequent investigation by ABR has revealed that site 84 is a Hasmonean fortress (second-first centuries BC), while site 85 is the west half of an earlier fortress dating to the time of Joshua. In collaboration with the Israel Antiquities Authority, we settled upon Kh. el-Maqatir as the official name of the site. In seven seasons of excavation, 1995-2000 and 2009, we have uncovered evidence that indicates the earlier fortress meets the archaeological requirements for Joshua's Ai.

When we conducted test probes at Kh. el-Maqatir in 1995, just to the east of the 'piles of stones' reported in the Israeli survey, we discovered a gate socket stone on the surface and could see the outline of the west half of a gate belonging to the earlier fortress. Excavations since 1995 have clarified the piles of stones. A north-south line immediately to the west of the gate turned out to be covering the west wall of the Hasmonean fortress, a massive 16 ft (5 m) wide. Extending west from the Hasmonean wall is an east-west line of stones from the north wall of the earlier fortress, some 13 ft (4 m) in width.

During the 2009 season we exposed the best-preserved-to-date segment of the early fortress wall, unmarked by a pile of stones, on the west side of the site, 12 ft (3.7 m) wide at its base and 4 ft (1.2 m) high. In addition to the outer walls of the fortress, we are slowly recovering the plan of a building complex just inside the gate, perhaps the administrative center of the fortress. 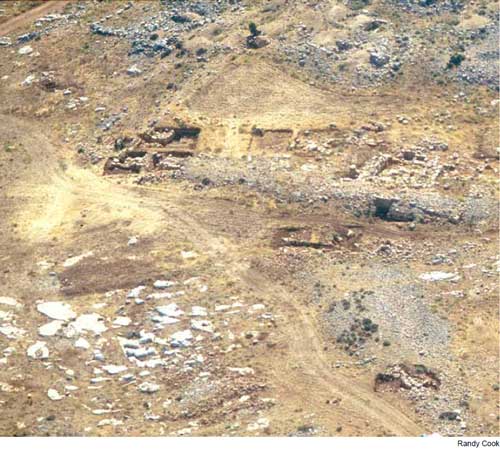 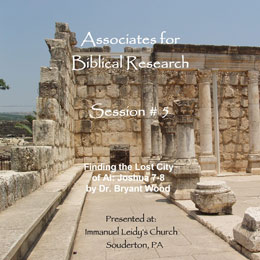