“And Joseph said to his brethren, “I am dying; but God will surely visit you, and bring you out of this land to the land of which He swore to Abraham, to Isaac, and to Jacob.” Then Joseph took an oath from the children of Israel, saying, “God will surely visit you, and you shall carry up my bones from here.” So Joseph died, being one hundred and ten years old; and they embalmed him, and he was put in a coffin in Egypt.” – Genesis 50:24–26

When Joseph said these final words, he imparted a tremendous responsibility to the Israelites. He was convinced that God would fulfill the promise to establish a home for Jacob’s descendants in the Land of Canaan. Their home was the Promised Land – not Egypt!

Joseph was simply following in his father’s footsteps. For Jacob had entrusted Joseph with the sacred responsibility of burying him in the Promised Land as well. Joseph was a faithful steward and did exactly that. Now in his last act on earth, Joseph required the same of Israel. “When it comes time depart, don’t leave me buried here.”

Joseph died at 110 years of age. The best evidence suggests his death took place late in the 19th Century BC – probably in 1805 BC.1

Do you realize just how many generations of Israelites had to pass this sacred responsibility on before it could be met? 1 Kings 6:1 tells us that the departure from Egypt took place 480 years before the foundation of the Temple was laid. History tells us this took place in 966 BC.2 This means that the Children of Israel would not leave Egypt until 1446 BC or hundreds of years after Joseph charged his brethren with the oath. Yet each generation was faithful to impart this obligation on to the next one.

So who ultimately buries the bones of Joseph in the Promised Land? Was it Moses and his generation? No. They never made it out of the Wilderness and Moses himself never got past Mount Nebo in Jordan. How about Joshua and his generation? They weren’t the ones either. The Conquest and wrestling control of the Land took center stage. It was actually the generation after Joshua’s that ultimately fulfilled the oath and kept the promise.

Joshua 24:29-32 tells us “Now it came to pass after these things that Joshua the son of Nun, the servant of the Lord, died, being one hundred and ten years old. And they buried him within the border of his inheritance at Timnath Serah, which is in the mountains of Ephraim, on the north side of Mount Gaash. Israel served the Lord all the days of Joshua, and all the days of the elders who outlived Joshua, who had known all the works of the Lord that He had done for Israel. The bones of Joseph, which the children of Israel had brought up out of Egypt, they buried at Shechem, in the plot of ground which Jacob had bought from the sons of Hamor the father of Shechem for one hundred pieces of silver, and which had become an inheritance of the children of Joseph.”

The Conquest under Joshua was only beginning in 1406 BC – this is just about 400 years after the oath was first made to Joseph. Several more years would pass before Joseph’s bones are finally laid to rest in the Promised Land. Entrusted with this sacred duty, the Israelites followed through and met their responsibility.

Just like the Israelites of old, we are to prove ourselves faithful stewards (I Corinthians 4:1-2). We are to show ourselves worthy of being entrusted with such sacred things.

Of all the mighty things Joseph accomplished on behalf of the Lord and for the Children of Israel, what is considered his greatest act? The Book of Hebrews implies it was Joseph’s handling of the affairs associated with his death that did more to glorify God than anything else:

“By faith Joseph, when he was dying, made mention of the departure of the children of Israel, and gave instructions concerning his bones.” – Hebrews 11:22

Do not miss out on one of the great opportunities of your life to glorify the Lord by what you do in handling your estate and the affairs associated with your death. Joseph’s dying request made the most of this and sets the example for us.

As an act of stewardship, do not forget the Lord’s work. Make sure your last will and testament is in order. Joseph knew the Israelites home ultimately was not Egypt. We as believers know that our home ultimately is not this world. We are to lay up our treasures in heaven (Matthew 6:19-21). As part of your testimony, make sure to convey what was important to you in the handling of your estate

Somebody put funds and resources into the program, the building, the printing of the specific Bible where you first heard or were presented with the Gospel. Faithfully pass on the means to the next generation, so that they can continue the work of the Lord. Of course, we are to take care of our own family and make sure they are provided for – Scripture teaches that those who don’t provide for the well-being of their own families are worse than the heathen (see I Timothy 5:8). Still, to not remember those ministries used in your life as part of your estate is poor stewardship. Remembering your home church or those ministries that had an impact in your life, is one simple way to lay up treasures in heaven!

If you need help getting your affairs in order, contact Believers Stewardship Services (BSS) which specializes in this very thing for believers in the Lord Jesus Christ, who have some charitable intent. BSS was founded by Christians to help Christians set up their estates, manage their wealth and to plan out how they might support different ministries serving the Lord. This ministry is a partner of ours here at Associates for Biblical Research (ABR) – more information can be found by going to their website at bssmatters.org. The problem in our society is that we don't even know how to live for today or tomorrow, let alone for eternity. 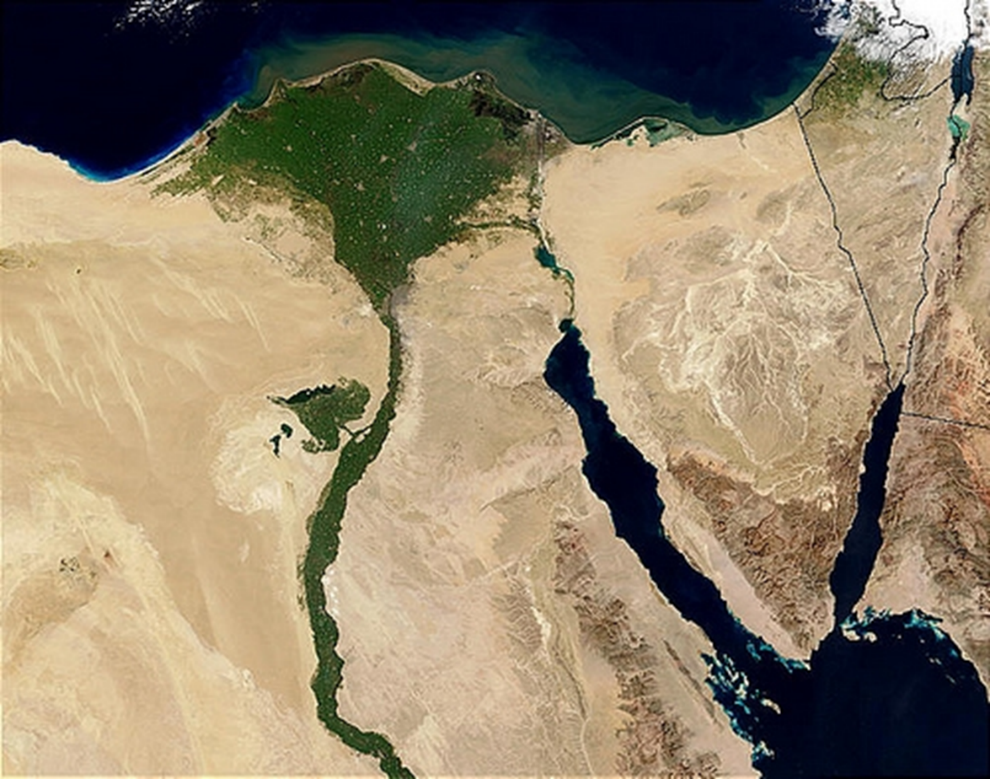 Quite a bit of research has been done on Israel’s sojourn in Egypt by those of us here at ABR. A great series of articles was written some time back by Dr. Charles Aling:

Some members of our team worked for several seasons at Tel El Daba in Egypt where the Land of Goshen would have been found. We now believe this was the ancient capital of the Hyksos, known as “Avaris.” Later, it would be known as “Raamses” – a key storage city for Egypt’s eastern frontier. We know that people from Canaan lived here prior to the arrival of the Hyksos. During the time of Joseph, the city would have been known as “Rowaty” – i.e., the “Door of the Two Roads.” This site is located along the Horus Road to Canaan. At some point it would seem that Joseph retired from his ministerial duties over Egypt and moved to be with his family here.

There is one particular structure that has gained the interest of archaeologists. While the people here lived in huts – it would appear that in the center of the community was a villa with a rather interesting burial area:

“A cemetery with artifacts that connected it to the houses was … excavated in the open space to the southwest. One of the tombs was monumental in construction and totally unique in finds. Inside were found stone fragments of a colossal statue of a man who was clearly Asiatic, based on the yellow painted skin, the red-painted mushroom-shaped hairstyle and a throw stick on his right shoulder (the hieroglyph for foreigner). The statue had been intentionally broken in antiquity.”3

By Asiatic, we don’t mean Oriental – but people from the East of Egypt (Canaan territory). It could be that we have located what was once Joseph’s tomb - and that tomb is now of course empty. This serves as a testimony to the faithfulness of Joseph and the faithfulness of generations of Israelites. 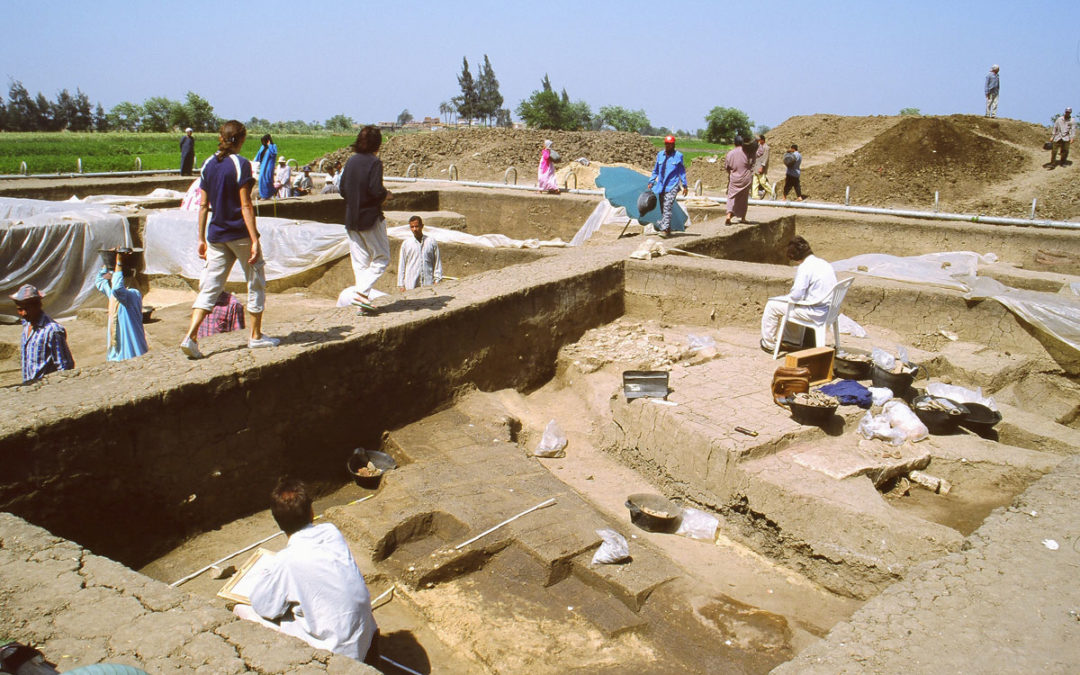 One final thought. A fascinating study is to look at the last words and actions of great Bible characters. Jacob’s last words, as given to his sons, represent some of the most precise and complicated prophecy of the Old Testament. David's last words, as given to Solomon, are a fine study on what it is to be a man. In contrast is the pathos of Saul’s desperate last acts and a legacy of wasted potential. Stephen’s last words represent the best of a plain-speaking, truth-telling, courageous witness in the face of a murderous mob. And of course the most important last words ever uttered came from the Lord Jesus Christ Himself.  The cry “It is finished” from the Cross, embody all that is the completed work of redemption.

Quite simply, what will be your last words and acts? A God-honoring last will and testament represents one last great opportunity to honor the King of Kings with your life. Remembering the Lord’s works enables you to impart a legacy to the next generation. You have been entrusted with a sacred responsibility to carry on the work of the Lord and oh, what a privilege that is.