Go to the Ant

I don't mind most bugs. But if they get in my house, whomp! Splat! And any other word you can think of that describes bringing their little existences to an end. If they are outside, I won't kill them just for the sake of killing them. But if they enter my home and infringe upon my domain-watch out! Raid, fly swatters, soles of shoes, or bare hands-whatever it takes, they're mine.

Okay I know what you are thinking, 'What bee has gotten in his bonnet?' (My apologies on the pun). Actually, its not bees that I have on my mind-rather, it is ants. The Bible provides an admonition to us about the need to have a strong work ethic and to be those who save. This comes right out of one of King Solomon's Proverbs:

'Go to the ant you sluggard, consider her ways and be wise, which, having no captain, overseer or ruler, provides her supplies in the summer, and gathers her food in the harvest.'-Proverbs 6:6-8

The field of science that concerns itself with the study of insects is known as entomology. I once spoke to the senior teenagers at Horton Haven Christian Camp in Tennessee on Christian Evidences. When we discussed entomology, about half of the teenagers started referring to this field as 'ANTomology.' Either way, this field has really only be around for just a couple of centuries. Prior to that, our understanding of bugs was very limited and focused chiefly on their relationship with agricultural matters.

A French naturalist by the name of René Antoine Ferchault de Réaumur was the very first to identify that the vast majority of ants were in fact female.1 This goes only as far back as 1742 or so.2 Today, we know that all worker ants are female.3 The males really only exist for procreation and are fairly lazy. The females do all the work.

It is interesting that Solomon specifically uses the female pronoun to describe the worker ants. I am sure that students of linguistics will be quick to point out that this is a result of the Hebrew word for ant, namely ??????? or nemalah, which is a feminine noun.4 I won't argue the point, save to say that the pronoun used is spot on accurate in light of the species in view. The rest of the passage however evidences a remarkable insight into the practices of ants.

Solomon writes that ants 'have no captain, overseer, or ruler.' We know now that this is exactly the case. Deborah Gordon, Senior Fellow at the Woods Institute for the Environment and Biology Professor at Stanford University5 has done extensive research on the management practices of ant colonies. 'All ant colonies have in common that there is no central control. Nobody tells anybody what to do. The queen just lays the eggs. There is no management. No ant directs the behavior of any other ant.'6 There is considerable research underway to determine just how it is that ant colonies are so well organized.7 Yet again, the Bible is accurate in describing this aspect of ant life.

Solomon culminates his verse with a statement about how ants store their 'supplies in the summer, and gather food in the harvest.' Today we have whole classes of ants that are referred to as 'harvester ants' because they do exactly that. 'Harvester ant nests are easy to spot. A mound up to 70 cm across made of clipped grass and plant stems marks the site of the nest. Inside the nest are several separate storage areas called granaries. The granaries hold seeds that the ants have collected and are saving for future meals… the main sources of food for harvester ants are the seeds of different types of grasses.'9

Solomon penned the words of Proverbs 3,000 years ago. Yet, entomology has only been around 300 years. This is just more evidence that the Mind behind Holy Writ is sourced outside of our time-space-matter universe.

Perhaps more than anyone else, William Kirby (1759-1850) advanced the study of insects to the level of a formal and academically accepted science. For this reason, he is called the 'Father of Entomology.'11 He co-authored with William Spence in 1815 a work entitled An Introduction to Entomology.12 Historians consider this to be a seminal work on the subject. 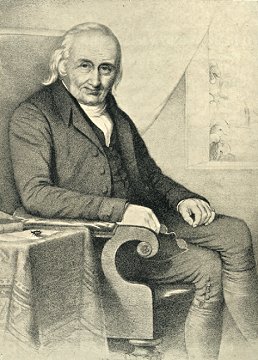 Interestingly enough, the study really took off as an applied science due to its use in forensic analysis. Researchers at Scotland Yard and across the English Channel in both France and Germany began to see the value such a science could play in solving crimes.13 For example, the maturity of maggots within a corpse can help determine the time of death for homicide victims. Other more obvious uses related to agriculture, also propelled the field.

William Kirby also happened to be a minister of the Gospel for almost 6 decades.14 He saw his scientific pursuits as an opportunity to glorify the Creator: 'In no part of creation are the POWER, WISDOM, and GOODNESS of its beneficent and almighty Author more signally conspicuous than in the various animals that inhabit and enliven our globe.'15 (William Kirby, 1835, The Seventh Bridgewater Treatise on the Power, Wisdom, and Goodness of God as Manifested in the Creation: The History, Habits and Instinct of Animals, Vol. 1, i.)

Kirby is just another in a long line of scientists who were Bible-believing Christians that trusted the inspiration and authority of the Scripture.16 And, he believed in the redemptive work of Jesus Christ!17

Who knows? Maybe the next time I see an ant crawling around in my house, I'll stop and think about William Kirby and just how these little creatures serve to glorify God. At least long enough to grab my shoe and squash him…err or rather, her!

A special thanks to Susie Henderson of Emmaus Bible College and the teenage campers at Horton Haven Christian Camp who helped in the preparation of this article.