Several years ago, I engaged in a back-and-forth debate with an agnostic about the historical veracity of the Bible. There was nothing unusual about this, except that my hometown newspaper served as the arena for this public sparring match, which lasted over the course of several weeks . Influenced by a skeptical worldview, he believed that the Hebrew authors were guilty of being historical plagiarists, and that the Bible is a literary concoction comprised of numerous fictional tales derived from earlier pagan sources, such as the Egyptian Book of the Dead, the Story of Sinuhe, the Code of Hammurabi, the Babylonian Genesis, and many other works from the distant past.

He was basically accusing the Bible of literary syncretism, suggesting that it was a blend of different literary traditions, cultural ideas and practices. Unfortunately, even some Christians have been bamboozled into believing this view, a result of the biblically illiterate, anti-intellectual pandemic that has plagued the modern Church from the pulpit to the pew. Nonetheless, this man raised an interesting point that many Christians have a hard time explaining- similarities.

When similarities are shown between the biblical account and other ancient texts, the Bible is immediately treated as suspect and scrutinized by standards of literary criticism unmatched in the field of historical investigation, and rarely if ever applied to other sacred texts. It is generally assumed that the Bible is the product of literary piracy, and that the Hebrew writers borrowed stories from their pagan neighbors, domesticated them and eventually gave them a Jewish twist­ the ultimate example of ancient spin doctoring! This is an age­ old fallacy propounded by those who approach biblical interpretation with a prejudice that the Bible cannot be historically accurate and true, thus disqualifying it from its proper position as the infallible, inerrant word of God. It has become popular to refer to this point of view as " minimalist," which basically refers to having a low view of Scripture holistically- historically, morally, and especially supernaturally. Hence the label, "anti -supernaturalist."

Do similarities exist between the Bible and other ancient Near Eastern texts? Yes, but rather than use the word "borrowed," the word "parallel" better complies with erudition. There are numerous examples of parallels between the Old Testament and other ancient epigraphic materials, which have been uncovered by archaeologists. Must these parallels be explained away in order to defend scriptural historical integrity? Do these parallels explain away the biblical authors as unoriginal? Neither position is necessary. 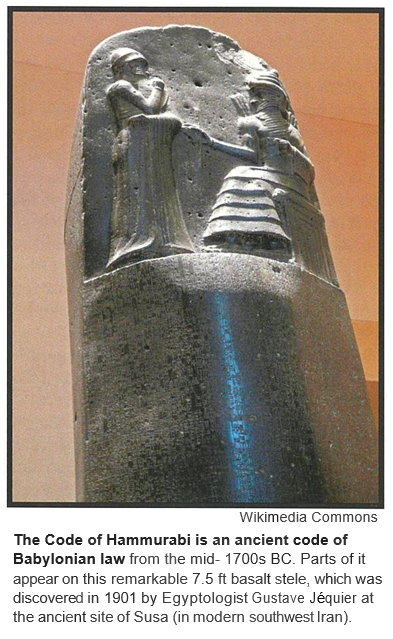 Similarities do not necessarily indicate borrowing in one direction or the other. All cultures of the ancient Near East had many things in common. It should be understood that there are only a limited number of options in any given historical-cultural setting. Comparisons do not negate the individuality of any group of people, but indicate cultural commonality. Many factors will be arrived at independently by more than one person or group of people. For example, the urban revolution in Lower Mesopotamia (Sumer) was arrived at independently of the urbanization that was taking place in the Nile River Valley during the Early Bronze Age (ca. 3000 BC).1 The discovery and application of raw materials, such as stone (or mud) for building, clays for pottery manufacture , precious stones for jewelry, and animal and crop domestication, occurred in various regions throughout the Fertile Crescent independently, as the diverse populations were forced to adapt to their environments and life circumstances. There is always the ongoing debate of whether environmental factors were the primary determinant behind humanity's cultural developments, or if it was attributed to social factors. While it was probably both, the point is, people shared common experiences. 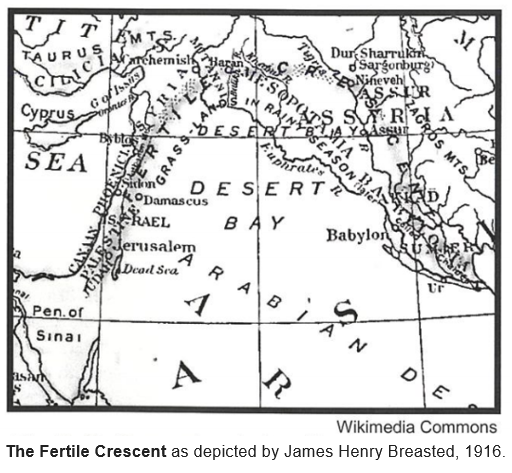 It must be kept in mind that the biblical writers were not writing history for history's sake, but wrote with the purpose of glorifying God and demonstrating God's kingdom agenda carried out through the historical circumstances that involved His people and those they came in contact with. Parallels are an impressive testimony that the Bible was not composed in a historical vacuum. The historical reliability of a document is usually verified by its relationship to or correspondence with the cultural milieu to which it belonged. For example, in the Bible (especially Joshua through 2 Kings) the term "Amorite" is used to describe Levantine people-groups in general, such as the Philistines, Jebusites, Canaanites, Ammonites, Moabites, and so on. This is in historical compliance with how the term was used by Israel's neighbors. The Babylonian term Amurru (from which "Amorite" is derived) was used by the Mesopotamians to refer to people and geography west of the Euphrates River. This is shown in Assyrian texts. In Ashurnasirpal's account of his Expedition to Carchemish and Lebanon, he states that he "seized the upper extent of the Lebanon mountain and reached the Great Sea of the Amurru-country."2 The "Great Sea" (also known as "Upper  Sea")  is a reference to the Mediterranean Sea, as opposed to the "Lower Sea" or Persian Gulf. Adad-Nirari III also referred to Palestine as " Amurru-country." 3 This helps underscore the fact that the Israelites were using common terms of the day.

Scholars have also discovered a striking resemblance between the names found in the Patriarchal narratives and the northwest Semitic class belonging to the late third and early second millennium BC. Linguists have pointed out the propensity of names beginning with the " I/Y" prefix (I/J in English, Y  in  Hebrew),  referred to as  "Amorite Imperfectives." For example: Isaac (Yitzchaq), Ishmael (Yishmael), Jacob (Yacob), Judah (Yehudah), Joseph ( Yoseph). There are many more, but these names are represented in the literature of that particular era. Out of a repertoire of some 6000 names from  the first half of the second millennium BC, more than 1300 names contain the "I/ Y" prefix. What is especially important to understand is that this class of names decreases in the late second millennium, and even more in the Iron Age.4 This is strong confirmation that the Patriarchal stories belong to the correct historical time frame in which the Bible places them. It reinforces confidence in the antiquity  of the Genesis account, and decreases the likelihood that a post-Exilic redactor (editor) created these narratives after 539 BC. If these stories are a fabrication of some later scribe living in the Persian or Hellenistic period, how would that scribe have known to use names peculiar only to the Bronze Age? The same can be said of place-names (geographical locations) that occur in the Patriarchal stories, which are also found in the Mari and Ebia tablets. 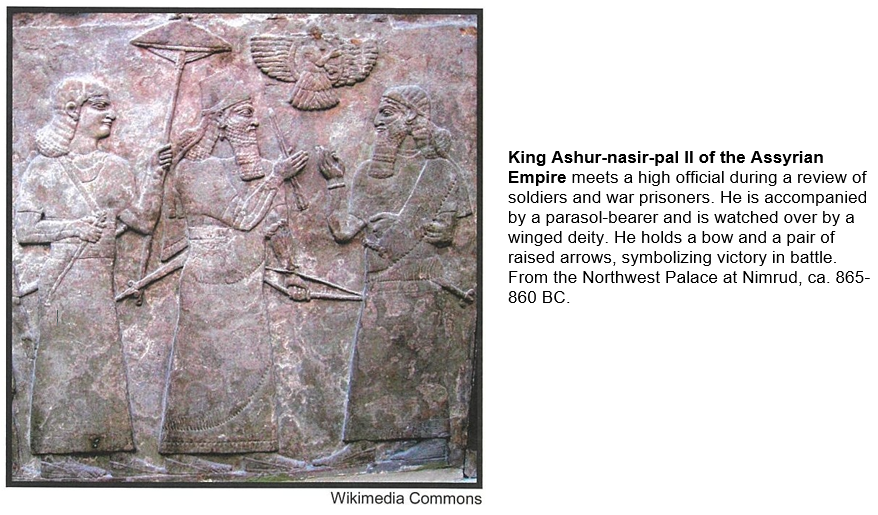 What about the parallels between the Bible and Mesopotamian Flood stories, or the Sumerian King Lists, which describe extremely long life spans, corresponding with the long life spans mentioned in Genesis prior to the Flood? We have all played the game, "The Grapevine." One person starts a story and passes it on to another. The story gets passed around a circle, making its way back to the original source. Each person in the circle will have his or her own version of the same story, slightly different from the original. This happens only in a few minutes. Imagine what would happen over the course of several millennia! When oral tradition is transmitted across time, it is commonly embellished and morphs into elaborate versions. According to Kenneth Kitchen, it is a rule that simple traditions evolve into complex legends, but legends were never simplified  to become historical accounts as are found in Genesis.5 The simplicity and terseness of the Bible is quite extraordinary in ancient Near Eastern literature. Similarities point to an original story-event. In the case of the primordial stories contained in Genesis 1- 11, these are represented in corrupted forms in various Mesopotamian texts, reflecting a distant memory that stems from original events of the past. Over the course of time, these stories were corrupted and mythologized, but are preserved in true form in the divinely inspired record of the Bible. 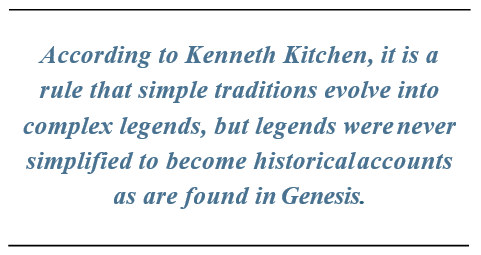 What Christians need to understand is that in most cases, the differences between parallels outweigh the similarities. The historiographical methodology of the Bible is quite unique and impressive in ancient Oriental literature, especially its candor and brevity. No Egyptian document blatantly reveals the failures of a pharaoh, either ruling from his throne or campaigning in a foreign country. However, the Bible is remarkably personal and transparent, revealing the weaknesses and sins of its heroes, like Abraham, Moses, Samson, David, Solomon, and many others. The Bible extols women such as Jael, Deborah, and Ruth, despite a culture in which women were degraded. These unique literary characteristics (and there are so many more) make the Bible a very real and trustworthy document. John Walton points out that when similarities are found between the Bible and other ancient literature, the burden of proving that the Bible "borrowed" is on the modern interpreter.6 Reasoned interpretation must begin by seeing the Bible in the full historical, geographical, and cultural setting of the ancient Near Eastern world, but accepting it as the inspired word of God ultimately boils down to faith. But faith is informed and justified by the rich cache of discoveries over the centuries that have illuminated the Bible and testified to its accuracy as a historical record of the past, and thus a trustworthy source for the present and the future. 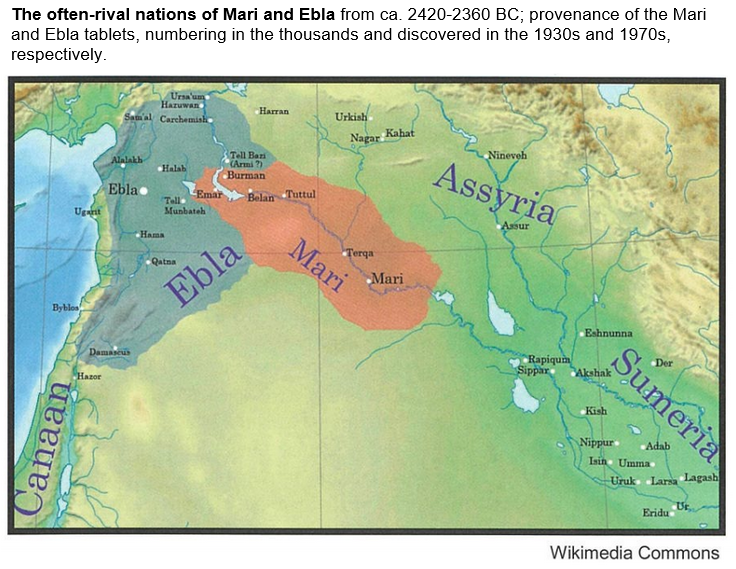 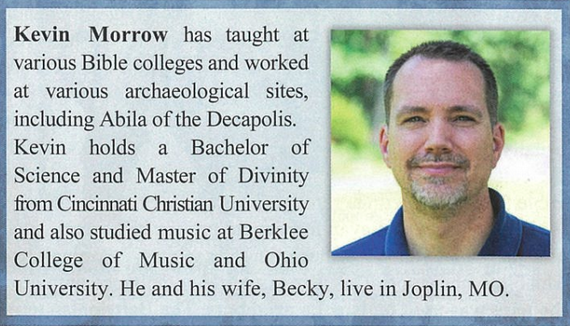 This article was originally published in the Winter 2017 issue of ABR's quarterly magazine, Bible and Spade.

To purchase back issues of Bible and Spade: https://store.biblearchaeology.org/collections/bible-and-spade-magazine

To order a subscription for Bible and Spade: https://biblearchaeology.org/mediainfo/bible-and-spade