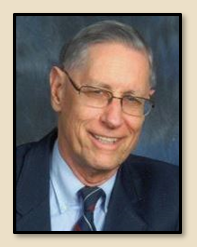 Bryant Wood was born and raised in Endicott NY. After graduating from high school, he attended Syracuse University on an athletic scholarship, graduating with a B.S. degree in mechanical engineering. While at S.U., Wood participated in cross-country and track, setting school records in the 880-yard and mile events and serving as captain of both the cross-country and track teams in his senior year. He also was named Siekaly Scholar for outstanding athletic and academic achievement, was inducted into Pi Tau Sigma, a mechanical engineering honorary society, and was president of the Engineering Student Council.

Wood then worked for the General Electric Company in Schenectady NY. His employment with G.E. was interrupted by a two-year term of service as a lieutenant in the Army Security Agency. During this time he was a member of the U.S. inter-service cross-country team, participating in international competition in Europe, and the All-Army track team. While with G.E., Wood held various positions at the Knolls Atomic Power Laboratory related to the design, fabrication and testing of nuclear reactors, and earned a M.S. degree in mechanical engineering from Rensselaer Polytechnic Institute in Troy NY.

In 1973 Wood left G.E. to pursue Biblical and archaeological studies. He earned an M.A. degree in Biblical History from the University of Michigan in 1974, and a Ph.D. degree in Syro-Palestinian archaeology from the University of Toronto in 1985. Dr. Wood joined the staff of the Associates for Biblical Research in Akron PA (ABR) in 1986. In 1989â€“90, he was visiting professor in the Department of Near Eastern Studies at the University of Toronto. Dr. Wood was the Director of ABR from 1995 to 2000 and is currently Director of Research. He was Editor of their quarterly publication Bible and Spade from 1995 to 2012 and is now Consulting Editor. In addition, he has served as adjunct professor at Biblical Theological Seminary, Hatfield PA; Evangelical School of Theology, Myerstown PA; Faith Theological Seminary, Los Angeles; Lancaster Bible College, Lancaster PA; Messiah College, Grantham PA; Toronto Baptist Seminary, Toronto; and Tyndale University College and Seminary (formerly Ontario Bible College), Toronto.

Dr. Wood's extensive archaeological field work includes serving as co-director of a survey of three reservoir areas in northern Jordan, 1978; area supervisor for the Wadi Tumilat Project excavation at Tell el-Maskhuta, Egypt, 1979, 1981, and 1983; volunteer at the Ben Gurion University of the Negev excavation at Haruvit in the northern Sinai, 1981; member of the Wadi Tumilat Project survey of the Wadi Tumilat, Egypt, 1983; field archaeologist for the Associates for Biblical Research excavation at Khirbet Nisya, Israel, 1985, 1987, 1990, 1991, 1993 and 1994; Director of the Kh. el-Maqatir excavation, Israel, 1995â€“2013; and Ceramic Typologist for the Kh. el-Maqatir excavation, 2014â€“2016.

Wood is a specialist in Canaanite pottery of the Late Bronze Age. He is author of The Sociology of Pottery in Ancient Palestine: The Ceramic Industry and the Diffusion of Ceramic Style in the Bronze and Iron Ages (1990), as well as numerous articles on archaeological subjects published in various academic journals. Dr. Wood received international media attention for his research on ancient Jericho that demonstrated the historicity of the Biblical account of the capture of the city by the Israelites. He is listed in Who's Who in Biblical Studies and Archaeology, 1993; Who's Who in the East, 1995â€“1996; Who's Who in the World, 1996; International Who's Who of Professionals, 1999; Strathmore's Who's Who, 2002â€“2003; 2000 Outstanding Academics of the 21st Century, 2004; and the 2013 Edition of the Christian Who's Who.

Dr. Wood has been awarded travel grants from the Endowment for Biblical Research (1981) and the National Endowment for the Humanities (1989, 1992) to carry on his archaeological research. In 2011, 2014 and 2015 he received National Science Foundation grants to do neutron activation analysis of pottery from Kh. el-Maqatir. He is on the Board of Directors of the Near East Archaeological Society. Bryant and his wife Faith reside in Manheim PA. They have four children, nine grandchildren and one great-grandaughter.