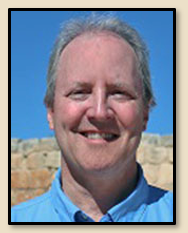 Dr. K. Lynn Lewis is the Director of Photography at Shiloh, and the Producer of Shiloh Network News. Lynn is a seasoned entrepreneur with a diverse professional background in business, education, and ministry. Currently serving as President of The Bible Seminary in Katy, Texas, he began his professional career as a hydrologist and dam engineer, transitioned into full-time ministry as a Senior Pastor for nearly a decade, and then founded the media communications company, InspireUSA, Inc. in 1997. He also served as Director of Institutional Advancement at a large private K-12 Christian school, as Board President and CEO of a pregnancy care center, on the board of a Christian academy, as Founding Executive Board member of an adventure ministry, as Board Chair of a counseling center, and on the Executive Board of the University of Georgia Wesley Foundation. He served as a short-term missionary in Bolivia, Haiti, India, and Korea. Author of Boss Like God: A Blueprint for Elite Workplace Performance, the Meat and Potatoes for the Soul series (2013, 2015), fiction novel Plight (2010, 2015), children’s book and audiobook The Little Giraffe (2010), and dissertation Christian Communication in the Twenty-first Century: Patterns and Principles Relative to the Effective Use of Internet-based Communications (2002), his productions and publications include numerous articles, the cable TV show “Trinity Today” (1993-97), The Raider (2005-11) and The Sentinel (2012-present) magazines, musical Any Day (2011), cantata Surely This Man Is the Son of God (1992), and songs, web sites, and videos (including the recent Shiloh series, “What A Dig Needs,” “What A Dig Does,” and “What A Dig Means.”)