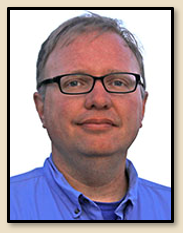 Dr. Kevin Larsen is a square supervisor at Shiloh, since 2018. He began working with ABR in the summer of 2015 at Kh. el-Maqatir as a volunteer. That same summer he worked with the Leon Levy Expedition to Ashkelon. He returned to Maqatir in 2016 as an assistant square supervisor and served in the same capacity at Shiloh in 2017. Kevin has earned degrees from Nebraska Christian College (B.A. in Pastoral Ministry); Cincinnati Christian University (M.A. in Biblical Studies [New Testament] and M.Div. [Theology]); and a Ph.D. in Biblical Studies from The Catholic University of America in Washington D.C. His primary avenue of ministry is working for Mid-Atlantic Christian University in Elizabeth City, NC, where he serves as the vice president for academic affairs and professor of New Testament. Kevin is a member of the Evangelical Theological Society, the Society of Biblical Literature, the American Schools of Oriental Research, and the Catholic Biblical Association. Since 2005 he has been a consulting editor for the Stone-Campbell Journal. He has had articles published in such journals as the Christian Standard, Trinity Journal, Restoration Quarterly, and Currents in Biblical Research. In similar fashion he has had numerous book reviews published in various academic journals. His dissertation was published by the University Press of America. Kevin contributes to the local church by regularly supply-preaching and leading workshops and seminars for local congregations.