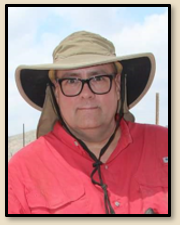 Brent Hoefling serves as the Shiloh Director of Information technology, and has served on site as a volunteer and assistant square supervisor. Brent has been Pastoring in North-East Texas since August of 2013 and has been active in the ministry since 1982. Brent has worked in IT support/management and IT project management for the last two decades as well. He has been married since 1998, and has two grown children and two grandchildren. Brent attended Shalom Bible College and Seminary in Des Moines. He received his Bachelor of Theology in 1999 and dual Master’s degrees in Christian Education and Technology in 2002 (Suma Cum Laud). Pastor Brent is currently attending The Bible Seminary seeking another degree in Church History and Archaeology. Over the past 30 years of ministry, Brent has also served as treasurer, building administrator, deacon, elder, clerk, youth pastor, and many other ministries director positions. For the last dozen years, Brent has been actively helping with technologies and media for his church organization’s World Missions, and Ladies Retreats in various central and southern United States regions. Pastor Brent also serves as a member of the Communications and Creative Services Ministry Advisory Team for the church organization’s main offices in Cleveland, Tennessee. He is active in his local city council meetings and events committees.