Commentary on recent archaeological discoveries, current issues bearing on the historical reliability of Scripture and other relevant news concerning the Bible.

This review of biblical papers delivered at the 2008 ASOR meetings clearly shows that biblical archaeology is anything but dead, even if scholars are uncomfortable with the term itself. Indeed, it illustrates the central role that the Bible continues to play in the history and archaeology of the region; a source unmatched and unrivaled in its rich detail and description of life in antiquity... 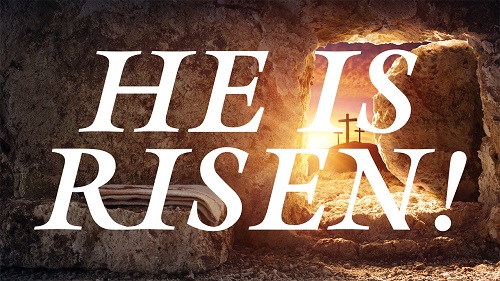 It is inevitable...predictable...almost certain. Each year, some unbelieving scholar or entertainer seemingly comes out of nowhere with an erroneous theory that supposedly debunks the historical and bodily resurrection of the Son of God. The Da Vinci Code, the Gospel of Judas, Bloodline, The Jesus Family Tomb, liberal theologians, and even some so-called 'evangelical' scholars...on and on the list goes of those who, year after year after year, fecklessly attack the central doctrine of the Christian faith.

Read more: He is Risen!

To date, the Ark has not yet been found. Several locations for it have been proposed: Mount Ararat in northeastern Turkey; Mount Cudi (Judi) in southeastern Turkey; the so-called Durupinar site near Mount Ararat; and several mountains in northern Iran, including Damavand, Sabalon, and Suleiman...

One of the most serious problems facing the Church in the 21st century is the problem of Biblical illiteracy. Simply put, most professing Christians do not possess a sound and coherent understanding of the Bible...

The Lost Ark of the Covenant: Still Lost

The Ark of the Covenant is in the news again. This time it comes from a world-renowned, truly distinguished, widely published scholar who is speaking from his field of expertise. Tudor Parfitt is professor of Jewish Studies at the School of Oriental and African Studies, University of London...

Read more: The Lost Ark of the Covenant: Still Lost

Nebo who? You mean you don't remember Nebo-Sarsekim? No wonder, because if you consult your concordance, you will find that he is referred to but once in the Old Testament...

One day a friend sent me an invitation to a church meeting and asked me if I knew anything about the subject. On the flyer was a picture of a human skeleton with crooked teeth and a rock embedded in his forehead. The title above the skull read: 'They've Found Goliath's Skull!' Needless to say, that caught my attention...